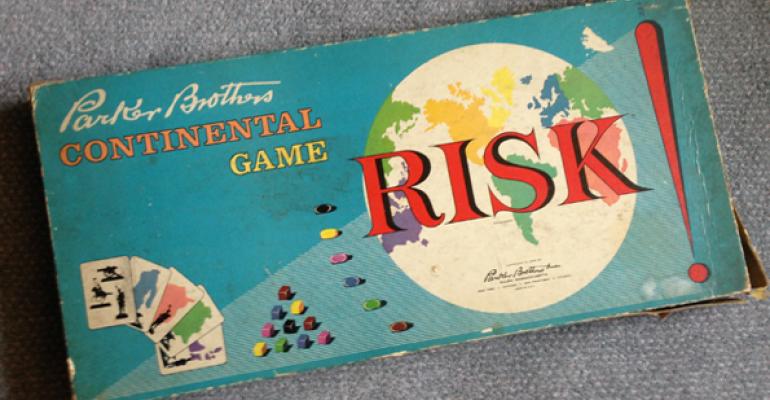 (Bloomberg)—Real estate developers who can’t get funding from JPMorgan Chase & Co.’s commercial bank may have another option: a JPMorgan trading desk.

A group of traders in JPMorgan’s investment bank has expanded from selling commercial mortgage-backed securities to underwriting loans that are unsuitable for bonds, such as those for big construction projects, according to people with knowledge of the matter. In recent months, the desk has helped fund developments including Manhattan condominiums, a Times Square hotel and New Jersey’s troubled American Dream mega-mall.

The biggest U.S. bank by assets is making the deals as traditional lenders pull back from construction loans, which carry bigger risks and juicier yields than mortgages for occupied buildings. Traders in JPMorgan’s investment bank are harnessing demand from investors and developers to take part in potentially lucrative projects, even as the company’s commercial bank -- which holds most of its real estate debt -- signals caution about riskier property financing after a six-year surge in prices.

“They’re lending into a higher-risk area when we’re clearly at an inflection point in the cycle,” said Mark Williams, a former Federal Reserve examiner who lectures on financial risk management at Boston University, and didn’t have specific knowledge of the loans.

“Non-CMBS loans make up a small fraction of our business, but if an opportunity comes along where we can help finance a project for a client in a smart and thoughtful way, we’re going to do it,” said Brian Marchiony, a JPMorgan spokesman.

The mortgage-bond trading team started making the construction loans about two years ago, said the people, who asked not to be named because deals are private. The transactions have grown larger over the course of 2016, the people said, as market volatility and regulatory hurdles slow CMBS issuance. They still account for just a piece of the roughly $30 billion in property debt underwritten by the team in the past two years, the people said.

JPMorgan typically holds a piece of the loans for its own books -- usually 10 percent to 40 percent -- and sells the remainder, according to one of the people with knowledge of the desk’s actions. The investment bank is confident about its risk analysis and the credit protections it obtains, the person said.

The loans come amid increased scrutiny of U.S. commercial real estate, with bank regulators warning of a potential bubble after property prices surged more than 20 percent past their 2007 peak. At an investor conference last week, JPMorgan Chief Executive Officer Jamie Dimon acknowledged risks in the property market and said the company has always been cautious in real estate, with its commercial bank focusing on relatively stable investments such as multifamily housing.

It’s a surprising time for JPMorgan to be increasing lending for construction loans, said Bruce Batkin, CEO of real estate debt firm Terra Capital Partners, who hadn’t been aware of the company’s activity. Many banks are becoming more careful of that type of lending than they were even a year ago, he said.

“The environment is more challenging than it’s been in my career,” said Batkin, who’s been in the real estate business for almost 40 years. “Borrowers are having an enormously hard time getting the proceeds they need.”

JPMorgan’s commercial bank, one of its four main divisions, has already attracted attention for its growth in real estate lending, which jumped 19 percent in the third quarter. The division had a total of $83 billion in loans in commercial term lending and real estate banking as of Sept. 30. That doesn’t include debt extended by the investment bank.

Chief Financial Officer Marianne Lake, when asked about the growth on the company’s earnings conference call in October, said JPMorgan is “mindful” of where the market is in the cycle.

“We have avoided and continue to avoid what I would characterize as the riskier segments and those segments that performed poorly in previous cycles,” she said on the Oct. 14 call.

Doug Petno, who leads the commercial bank, said at an investor conference last month that the market is “at the later stages of the real estate cycle,” and warned that financing for luxury condos is the most vulnerable to an economic downturn.

Yet the investment bank has been involved in those type of loans. In one such deal, JPMorgan teamed with Oaktree Capital Group LLC to provide a $500 million loan to Ziel Feldman’s HFZ Capital Group, a prolific condo builder in New York, according to people with knowledge of the matter. The three-year loan is linked to four properties that were converted from rentals to high-end condos. An HFZ spokeswoman declined to comment.

The deal’s payoff is tied to the sale of unsold inventory at the buildings, a moving target in an environment where builders are struggling to sell new units. It could be perceived as a relatively risky wager, according to Scott Singer, a principal at the Singer & Bassuk Organization LLC, an investment firm that specializes in arranging real estate financing and isn’t involved in the deal. The lenders would be well compensated for such uncertainty, he said.

“This is definitely a market where there is arbitrage,” Singer said. “A smart lender can step up and find an opportunity to put money in a deal.”

Among other transactions, JPMorgan’s investment bank is leading a $1.5 billion loan to help resurrect New Jersey’s 2.9 million-square-foot (269,420-square-meter) American Dream complex, formerly known as Xanadu. Canadian company Triple Five Worldwide is the third developer to take a stab at creating a shopping and entertainment mecca on the former landfill site west of Manhattan, after more than a decade of delays and funding crunches.

JPMorgan can limit any losses on its construction lending by capping the amount of cash it is willing to lend relative to the overall cost of a project, and ensuring it gets paid off first if problems arise.

The bank recently brought in a partner for the financing of a 170,000-square-foot Times Square hotel and retail project, where tenants including Hershey Co. and the National Football League have committed to taking space. JPMorgan laid out $505 million of a $765 million construction loan while Mack Real Estate Credit Strategies, a New York-based real estate investment firm, underwrote the rest.

“They are very careful and conservative in the risks that they are willing to take,” said Peter Sotoloff, chief investment officer at Mack Real Estate Credit. JPMorgan “is being very methodical and surgical about what they are doing,” he said.