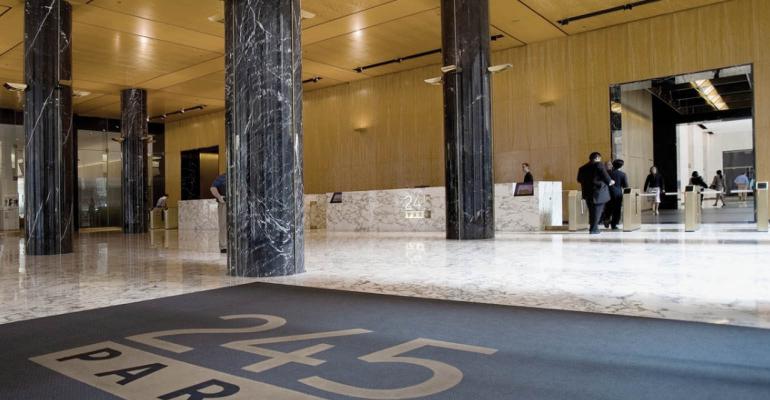 New York, L.A. and Chicago All Have Different Vibes, and So Do the CRE Lenders Active in Those Markets

CrediFi examined the top 20 originators of commercial real estate loans in each of these markets over the course of 2017.

Fair or not, big cities tend to be portrayed as having certain trademark characteristics. Fast-walking New Yawkers stereotypically sidestep hordes of tourists gawking at tall buildings, for instance, while Angelenos have been typecast as chilled embracers of beach yoga hoping for their big break.

It turns out that cities like New York, Los Angeles, Chicago and Boston don’t just give off different vibes. Their properties also tend to attract different types of lenders.

CrediFi examined the top 20 originators of commercial real estate loans in each of these markets over the course of 2017. These four cities are alike in the sense that U.S. national banks such as Morgan Stanley, JPMorgan Chase, Wells Fargo and Goldman Sachs are responsible for the largest segment of loans from the top 20 originators, originating about 40 percent to 50 percent of those loans in each of these markets. But once we looked beyond the big national banks, we discovered that each of these cities is dominated by a different type of lender.

It’s not just foreign tourists who heart New York. It’s also foreign banks, which originated a quarter of the financing that came from New York’s top 20 commercial real estate loan originators in the first nine months of the year.

These lenders include Germany’s Deutsche Bank, France’s Natixis and the U.K.’s Barclays. New York properties financed by foreign banks in 2017 include 245 Park Ave., which was acquired by Chinese conglomerate HNA Group for $2.21 billion in May, reportedly one of the highest prices paid for a New York skyscraper. The Midtown office tower received $1.2 billion in financing originated by a group of banks, including JPMorgan Chase, Deutsche, Barclays, Natixis and another French lender, Societe Generale.

As the capital of the Midwest, Chicago is all about its homegrown lenders: Illinois banks such as Wintrust Bank and other local banks owned by the same parent company, Wintrust Financial Corp., along with other Midwesterners like Lakeside Bank and First Midwest.

In the Chicago market, these regional banks were responsible for 23 percent of the financing originated by the top 20 loan originators in 2017. That share would likely have been even higher had the Canadian Imperial Bank of Commerce not acquired Chicago-based PrivateBank (now CIBC Bank USA) in June, turning PrivateBank from a Chicago lender to a foreign one mid-year.

Take the $23.5 million loan originated in April for the historic Weyland Building at 1970 N. Milwaukee Ave. The property was financed in the second quarter by Wintrust Financial Corp. subsidiary Wheaton Bank & Trust, though the loan was replaced in the third quarter by one from Principal Life Insurance. The property was initially slated to be demolished in the course of a planned multifamily development, though subsequent plans called for its facade to be partially preserved.

The City of Angels is often thought to be a bit different from the rest of the country, so maybe it should come as no surprise that it was alternative lenders that grabbed the biggest share of the pie after U.S. national banks, issuing 17 percent of the loans originated by the top 20 lenders in Los Angeles in the first six months of the year.

Another alternative lender active in L.A.’s commercial real estate space this year is North America Sekisui House (NASH Financing), which develops and sells planned communities in the U.S. and is a subsidiary of Japanese residential builder and developer Sekisui House.

The Boston area is wicked scholarly, and the Teachers Insurance & Annuity Association of America was the top commercial real estate originator in Beantown in 2017—as well as being among the pension and insurance companies that constituted Boston’s largest group of loan originators after national banks.

The pension and insurance providers helping to finance Boston’s commercial real estate include not just TIAA, but also New York Life Insurance, Ullico, Prudential, Hartford Fire Insurance and Oxford Properties, the real estate investment arm of Canadian pension fund Ontario Municipal Employees Retirement System. This lender category was responsible for 38 percent of the loans for Boston commercial properties in our sample that were originated by the top 20 originators in 2017, driven largely by originations in the first half of the year.

All told, it’s looking like the closest challengers to the big national banks on the commercial real estate financing front differ markedly by city. For now, we’ve seen foreign banks flocking to New York City and its glut of world-famous buildings, Los Angeles attracting alternative lenders, Midwestern banks heading to their region’s biggest city and pension and insurance providers following the Freedom Trail. Time will tell if these trends continue to hold through 2018.