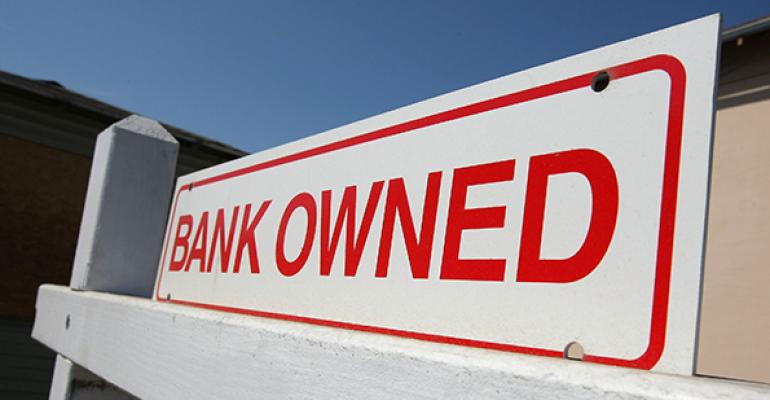 (Bloomberg)—Banks burned by soured home loans in the aftermath of the housing bust and subsequent financial crisis found a quick replacement: mortgages secured by commercial properties ranging from malls to offices. In the years since 2008, U.S. lenders have opened the commercial real estate (CRE) credit spigots, lending money underpinned by properties including hotels, multifamily rental units, and industrial compounds. Banks' total share of the CRE market has subsequently jumped to a record 52 percent of loan originations compared to just 35 percent as recently as two years ago, according to Morgan Stanley data.

Now the concern is that banks won't be able to fund the $400 billion worth of CRE loans that need to be refinanced in 2017 alone as financial regulators step up their scrutiny of the sector. That worry has grown more acute as sales of commercial mortgage-backed securities (CMBS) have fallen to levels not seen in more than a decade.

"Banks have been filling the void in the CMBS market, where issuance has declined 50 percent year-on-year," Morgan Stanley analysts led by Richard Hill wrote in a note. "Given [regulators'] increasing concern about banks with high CRE exposures and years of loosening underwriting standards, we see a scenario where the most exposed banks will be unable to satisfy the CRE market's financing needs."

Of particular concern for Morgan Stanley is the threat of added regulatory scrutiny of CRE lending by smaller banks, where competition with bigger institutions and ongoing price wars are believed to have spurred looser underwriting standards and reduced fees.

"We believe that the smaller banks may end up absorbing most of the increased regulatory scrutiny related to the joint regulatory statement in December, given their less frequent exam cycles, higher CRE concentrations, and accelerating origination volumes," the analysts wrote.

The trend may go some way towards explaining why prices have increased at a faster rate in "non-major" U.S. CRE markets outside of big cities, bucking a historical trend that has traditionally seen major markets grow at a faster rate. Over the past 12-months CRE prices in non-major regions in the Moody's / RCA CPPI Index have jumped 7.4 percent compared to just 3.1 percent for major ones, Morgan Stanley said.

Extra regulatory pressure on CRE lending by smaller banks could hamper commercial property prices at a time when they are already beginning to soften after last year surpassing their pre-crisis peak.

"The greater scrutiny of bank CRE lending in general could impact property valuations as lending conditions tighten, especially for some multifamily and lower-quality malls located in secondary and tertiary markets," the analysts concluded. "These properties have benefited the most from smaller regional and community banks increasing lending to CRE."