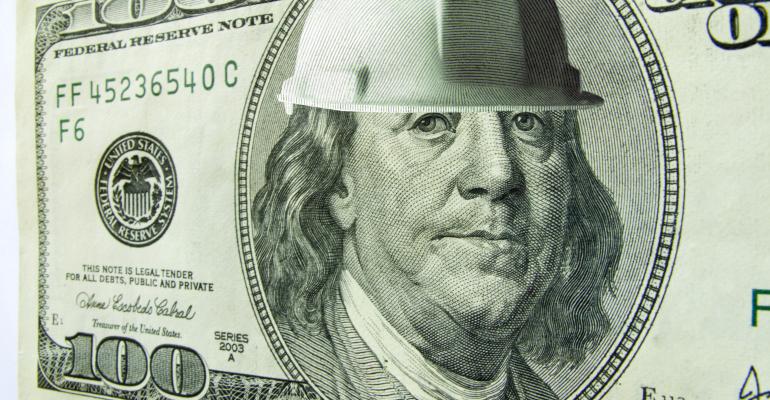 It’s getting harder for affordable housing developers to do new deals.

The affordable housing segment of the multifamily market is just getting used to the drop in the value of low-income housing tax credits (LIHTCs) caused by the tax reform law passed at the end of last year. Now rising interest rates and rising construction costs are making it even more difficult to build affordable housing properties.

Rising interest rates are likely to put pressure on all types of real estate investors. Officials at the Federal Reserve have already raised their benchmark rate several times and experts forecast several more increases over the next year.

Many plans to develop affordable housing rely on tax-exempt financing, combined with 4 percent LIHTCs. Because 4 percent LIHTCs provide much less equity than 9 percent LIHTC, these development projects need a substantial loan to pay for the cost of construction. Rising interest rates have cut deeply into how large a loan these projects can support.

So far, the borrowers who take out permanent loans have been spared, even though the yield on the 10-year Treasury bonds, the benchmark for many permanent loans, has risen more than 100 basis points in 2018. Lenders have been cutting into their own profits to keep originating loans without substantially increasing the interest rates they offer. But they cannot keep cutting the “spread” that they add to the interest rates that they charge to borrowers forever.

At the end of 2017, Congress passed its long-awaited tax reform law, The Tax Cuts and Jobs Act, which lowered the corporate tax rate from 35 percent to 21 percent starting in 2018. The change sharply reduced the need companies have to invest in tax credits to offset their tax burden.

As a consequence, the prices investors pay for LIHTCs fell by more than a dozen cents for each dollar of tax credit, reducing the total amount of affordable housing that the program is likely to produce by about 235,000 over 10 years, according to analysis by Novogradac and Co.

As bad as that price drop has been, experts thought prices would fall even more—by as much as 15 cents on the dollar. “Pricing has been more robust than people expected,” says Claudia Robinson, senior vice president for Bank of America.

To reduce the damage, Congress has provided a little more money to build affordable housing. Over the summer, lawmakers passed a 12.5 percent increase in the amount of 9 percent Housing Credits allocations over the next four years and an income averaging option for Housing Credit properties. These changes should allow the LIHTC program to produce roughly 28,4000 additional homes over the next decade. But that’s not much compared to the damage caused by tax reform.

However, the damage could have been worse. Investors could have dropped the prices they pay for tax credits even more than they did. “We have been surprised that following tax reform, Housing Credit pricing has not dropped further than it has, although it has dropped significantly,” says Hoffman.

The rising costs of materials and labor may also threaten planned development.

“Certainly, construction costs have increased,” says Thom Amdur, executive director and executive vice president of the National Housing & Rehabilitation Association, based in Washington, D.C. “Labor costs are up and materials costs are up across the real estate sector.”

Not all the news is bad. Local and state governments are stepping in to help. For example, California and Oregon have both passed new bond programs. Several cities have created new housing trust funds. States like Colorado have created their own state housing tax credit programs.

On the federal level, lawmakers recently proposed another increase in the funding available to build affordable housing.