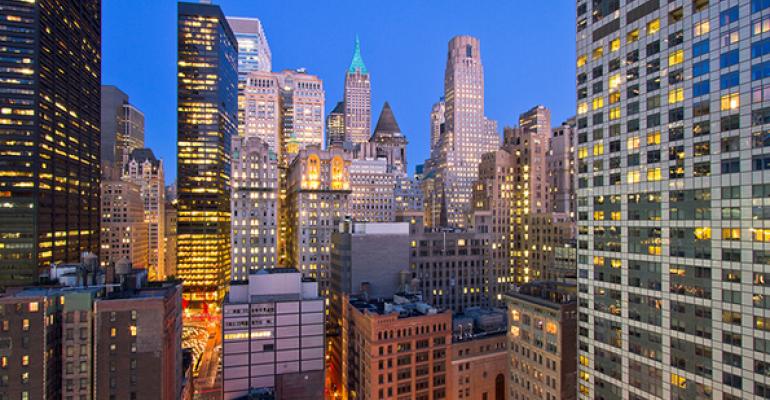 Developers have broken the barriers to downtown development. “About a quarter of what’s being built is being built downtown,” says Francis Yuen, senior real estate economist at CoStar.

Downtown areas can be difficult places to build apartments simply because there is limited land for new construction projects. But in recent years, developers have been highly motivated to overcome the barriers to build downtown, where their new communities can be within walking distance of jobs, shopping and transportation. City governments have also seized the opportunity to bring new economic activity downtown and have added incentives to build.

Of the apartments now under construction, more are rising in city centers than in any other decade going back to the 1940s, when roughly one-fifth of apartments were built in central business districts. The new downtown construction is a giant change from the era of urban decline. In the 1980s and 1990s, only about 6 percent of new apartments were built in central business districts, according to MPF Research.

Competition between new apartment communities for renters has already cut into the rate of rent growth downtown. Early in the recovery, downtown apartments were more likely to be occupied and had stronger rent growth than apartments overall. “Central business districts were strong out-performers,” says Jay Parsons, director of analytics and forecasts for MPF Research at RealPage. “We’ve really seen that premium erode.”

“There has been a mindset that going downtown involves higher barriers to entry,” says Parsons, “though a lot of cities are heavily incentivizing downtown development.”

Downtown development is not just for gateway cities like New York City and Boston. The city of St. Louis has been losing population since the 1960s, though its metropolitan area has continued to grow. That trend may be beginning to change. Developers now have 911 units of multifamily housing under construction in the St. Louis metro area – three quarters of these new apartments are under construction in the central business district.

“Places that haven’t seen a lot of apartment construction are getting a lot of new apartments,” says Parsons. This new construction is meant to create new neighborhoods that attract new employers, which in turn attract more residents.

“For a lot of these areas, in the longer term, a lot of this development is a good thing,” says Yuen. However, as these new, luxury, high-rise apartments open, they may struggle to find enough high-income tenants to fill up.  “The trouble is … absorbing all those units will be a challenge,” says Parsons.