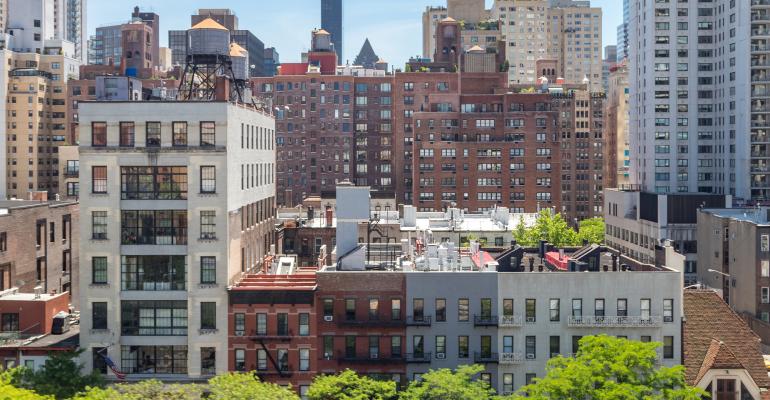 (Bloomberg) --  Manhattan apartment leasing rose for the first time in more than a year as an avalanche of discounts and freebies became too attractive for renters to ignore.

The number of newly signed agreements jumped 33% in October from a year earlier, the first annual increase since July 2019, according to a report Thursday by appraiser Miller Samuel Inc. and brokerage Douglas Elliman Real Estate.

Apartment-hunters in New York’s costliest borough committed to leases even with offices remaining largely empty, schools partially online and cultural attractions still mostly off limits. They were motivated by the biggest and most widespread giveaways on record, with landlords doing whatever they could to fill units.

About 60% of all new leases -- a record in a decade of data-keeping -- came with some kind of sweetener, such as free months or payment of broker’s fees, the firms said. The value of those concessions averaged 2.1 months of rent, also a record. 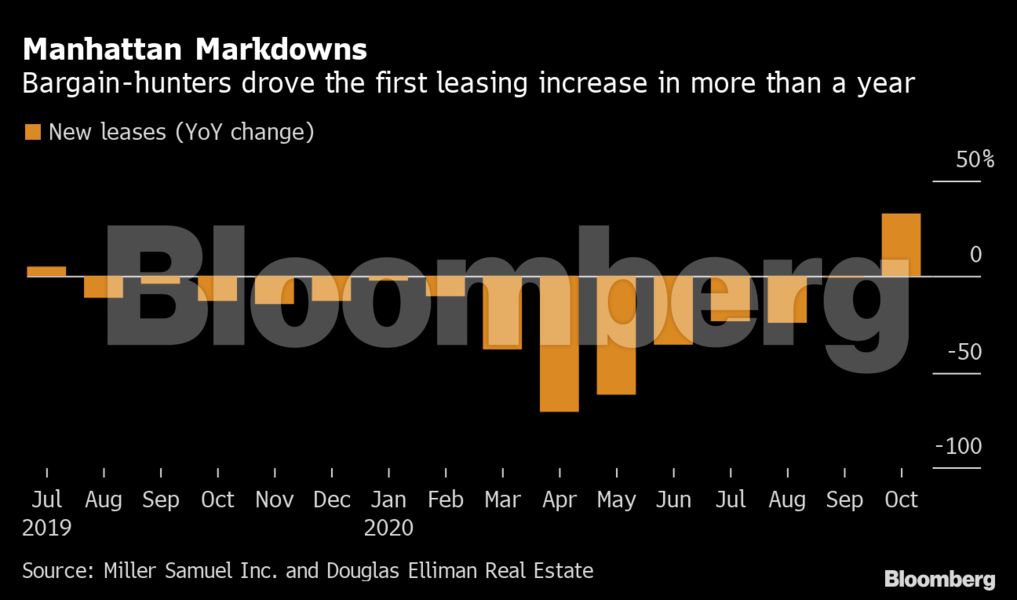 The perks came on top of rent discounts averaging 4.9% off the original asking price. The median rent, with concessions factored in, tumbled 16% from a year earlier to $2,868.

“You get to a certain point where you have potential renters looking and seeing deals that they just can’t pass up,” said Hal Gavzie, executive director of leasing at Douglas Elliman. “These are opportunities that, in normal climates, they definitely would not have had.”

Even with the surge in takers, Manhattan’s already record-high vacancy rate continued to climb, reaching 6.14% last month. A year ago, it was 2.03%.

Available apartments also kept piling up. Inventory more than tripled from a year earlier to 16,145 units, the most in data going back to July 2006.

With many employers likely to extend pandemic work-from-home policies through at least the summer, New Yorkers have less incentive to seek out an apartment close to the office. That means Manhattan’s current leasing environment will remain the same for months, Gavzie said.

“We have a very long road ahead of us,” he said.