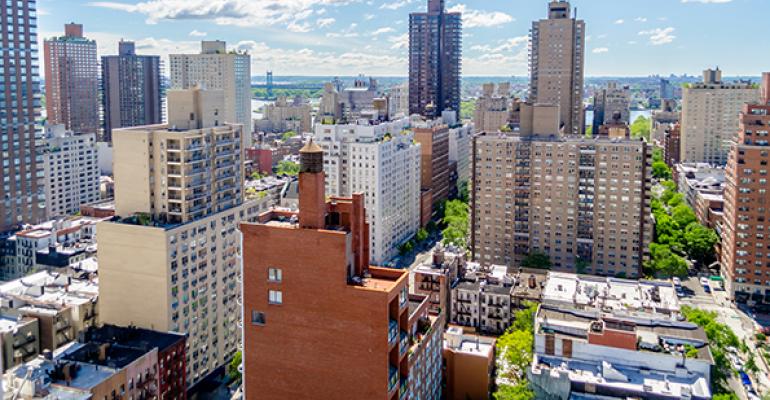 It’s relatively easy to find an apartment loan today. “For almost any apartment deal today, you can find a lender, you usually can find a couple of them,” says Mike Riccio, co-director of national production for CBRE Capital Markets.

That’s partly because so few apartment loans are in trouble. Very, very few apartment loans were late in their payments in the second quarter, compared to the first. Delinquency rates improved for all types of lenders covered by the “Commercial/Multifamily Delinquency Report” from the Mortgage Bankers Association. Strong markets are supporting apartment loans. But strong markets won’t last forever, and lenders struggle to balance to need to win business with the need to maintain their underwriting standards.

“All lenders are worried about where we are in the cycle. No one knows where this thing is going to stop,” says Riccio. “Most people think we have one or two years left.”

High prices for apartment properties are helping borrowers stay out of trouble with their loans. And if a borrower did fall behind, the borrower could probably sell the property. The average price of an apartment property grew 14 percent over the year that ended in July, according to the latest Commercial Property Price Index from Real Capital Analytics and Moody’s Investor Service.

Delinquency rates are low overall even though lenders are eagerly making loans— seemingly as many loans as they can. The volume of loans originated to apartment properties grew 63 percent in the first half of this year, compared to the year before, according to MBA. That’s a huge increase, even considering that the first half of 2014 was relatively slow.

So far, lenders have not totally relaxed the tough standards they set for themselves after the crash. Even though “almost any apartment deal” can find financing, there are still limits on features like “interest-only” financing.

“Capital has been a little smarter. They haven’t been doing the crazy underwriting… Lenders are still cautious across the board, across lender types,” says Riccio. “They are picking their spots and being selective.”

For example, borrowers are pushing lenders to make loans with long “interest-only” periods, in which the borrower makes only small payments that only cover the interest on the loan but aren’t large enough to pay off any of the principal. The longer the interest-only only payment is, the larger the balloon payment will need to be to pay off the loan at the end of the loan term. For loans than cover 65 percent of the value of a property, an interest-only period may last half of the loan term. “For five-to-seven-year loans, one to three years of interest only is pretty much a given,” says Riccio.

But borrowers can’t always get what they want. Only a few lenders offer full-term, interest-only loans. And interest-only is hard to find for larger loans that cover 75 percent of more of the value of the property.

The number to loans in trouble keeps shrinking—especially for bank lenders.

Just 0.34 percent of bank or thrift permanent loans to apartment properties were 90 days late (the period of time that defines delinquency is different for different kinds of lenders). “That’s the lowest delinquency rate for banks since the series began in 1993,” says Woodwell.

Agency lenders and life companies also seem to be making safe loans—with less than 1 percent of these loans in trouble. Just 0.05 percent of Fannie Mae’s were 60 or more days behind in their payments, down 0.04 percentage points from the first quarter. Just 0.01 percent of Freddie Mac’s loans were that late, down 0.02 percentage points. Just 0.01 percent of life company loans were that late, unchanged from the quarter before. “These lenders are relatively conservative in their underwriting,” says Woodwell.

Delinquency rates are higher for conduit lenders—5 percent of conduit loans to apartment properties were 30 or more days late, down 0.13 percentage points from the quarter before.

A number of these loans are of older vintage, including the last of the 10-year loans made before the financial crisis, which are now coming due. These conduit loans were once a source of considerable worry. After the crash, it wasn’t clear that the properties would regain enough value to be refinanced at the end of their terms; however, that worry has eased now that values for most properties have regained their pre-crisis peak.