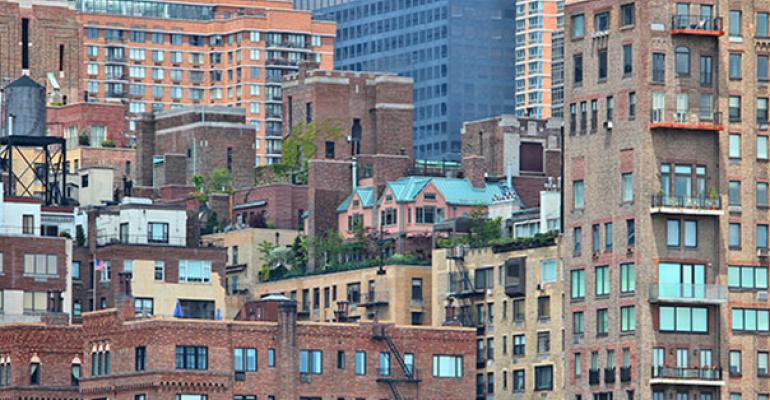 Pick a New York City Borough: Rents are Falling There, and Fast

Property owners across the boroughs are contending with an avalanche of new apartment supply, giving them no choice but to cut prices.

(Bloomberg)—Here’s some good news for New York City apartment-hunters: Manhattan rents dropped 3.8 percent in March from a year earlier, the most since 2011.

The news is even better for tenants looking in Brooklyn and northwest Queens. Rents dropped 6.3 percent and 6.4 percent respectively, and landlords offered so many move-in incentives that they set records for giveaways, according to reports Thursday by appraiser Miller Samuel Inc. and brokerage Douglas Elliman Real Estate.

“For the renter, it’s a pretty good time to jump in,” said Hal Gavzie, Douglas Elliman’s executive manager of leasing. “For the landlords, it’s a little stressful.”

Property owners across the three boroughs are contending with an avalanche of new apartment supply, giving them no choice but to cut prices. They’re stepping up discounts in the name of attracting renters, who are hunting as much for the best deal as they are for a place to live.

And that’s not a bad thing for the market, Gavzie said.

“This is what has to happen,” he said. “It will help absorb quite a bit and will do the adjustment and reset that’s needed.”

Here’s what the rental market looked like across the three boroughs last month:

The number of newly signed leases plunged 27 percent from a year earlier, to 3,489. Net effective rent, or what tenants paid after incentives are subtracted, fell 3.8 percent to a median of $3,168. It was the biggest annual decline since October 2011. Forty-two percent of all new leases came with a landlord concession, such as rent-free months or payment of broker’s fees.

Sweeteners were offered in 48 percent of new leases -- a record share. In March 2017, the portion was just 16 percent. Net effective rents fell 6.3 percent to a median of $2,629. It was the fourth consecutive month of year-over-year declines.

In the borough’s northwest section -- Long Island City, Astoria, Sunnyside and Woodside -- a record 63 percent of new leases included concessions. The rate was 91 percent for deals at new developments, said Jonathan Miller, president of Miller Samuel. The value of the incentives doubled from a year earlier, to the equivalent of 1.8 months of free rent on average. The net effective rent fell 6.4 percent to a median of $2,559.