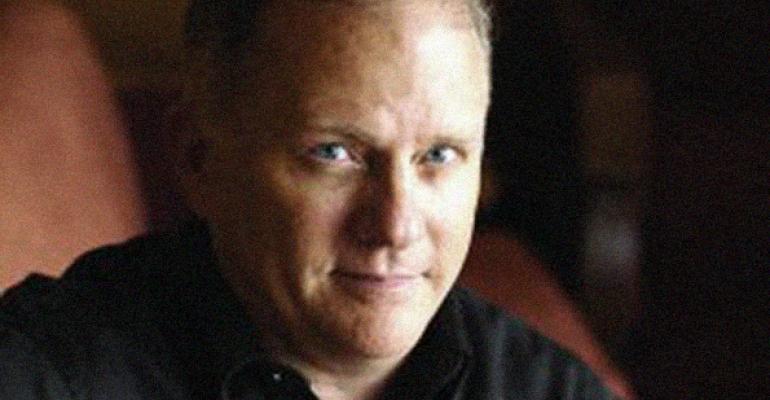 Veteran housing and urban policy writer Andre F. Shashaty is also president of the Partnership for Sustainable Communities, a San Francisco–based nonprofit education and advocacy group focused on the social, economic and environmental sustainability of American cities. Shashaty’s new book, Rebuilding a Dream: America's New Urban Crisis, the Housing Cost Explosion, and How We Can Reinvent the American Dream for All looks at the current state of housing and urban policy 50 years after the creation of the U.S. Dept of Housing and Urban Development.

Shashaty also founded Affordable Housing Finance and Apartment Finance Today magazines and their related conference series. He has written several articles and investigative journalism pieces on housing and urban policy in Washington, D.C., New York City and California. Shashaty has won several awards, including a Neal Award from American Business Media, and has written for the New York Times and many other publications. NREI spoke with Shashaty recently about the state of affordable housing in the United States. An edited transcript of that interview follows.

Andre Shashaty: I call the decreasing affordability of housing the silent crisis because it eats away at the wellbeing of families and, by extension, society as a whole, with little notice from policymakers or the press. It got worse during the recession, as stagnation of incomes proved a bigger factor than a short-term hiatus in the long-term pattern of rising rents. There's been some improvement as the economy has recovered, but the problem is still serious.

There were 42,447,000 renter households in America in 2013, according to new data from the American Community Survey. Of that number, about 14 million paid more than 40 percent of their income for rent. That is one-third of all renter households, and that kind of a cost burden means there's less money for other things, like nutritious food and education, and little chance to save for the future. However, this data doesn't tell the full story. It doesn't shed any light on the quality or location of the housing that these "rent-burdened" households occupy, which is often pretty bad. In addition, it does not reflect the plight of the homeless or the precariously housed who cannot afford to lease any kind of apartment. The precariously housed are people who share the homes of others or sleep in motel rooms. According to the Department of Education, there are 1.258 million homeless or precariously housed school kids in America, a number that has increased steadily in recent year.

NREI: Where in the United States is this problem the worst?

Andre Shashaty: It’s bad all over, from high-growth areas, where both housing costs and incomes are rising, to places where housing is less costly but wages are low and good jobs are scarce. The San Francisco Bay area is particularly troubled. This is because housing production was very low for several years before the latest boom in technology jobs began, so thousands of well-paid tech employees are competing for a relatively small supply of apartments and condos. San Francisco and San Jose are redoubling efforts to build new housing, but the definition of affordability is relative. New apartments will include few units affordable to people earning less than median income. There is simply not enough subsidy money from any combination of government programs to do much for them.

NREI: How did we arrive at this point in terms of federal policies and demographic changes over the past 50 years since Lyndon Johnson first raised the affordable housing issue?

Andre Shashaty: The U.S. government started building housing for the poor in the 1930s. In the ’60s, Johnson expanded and modernized housing and community development programs dramatically. He persuaded Congress to create the U.S. Department of Housing and Urban Development and pass the law banning discrimination in housing.

In recent years, Congress has prioritized deficit reduction and put the squeeze on money for all non-defense discretionary spending, including housing and community development programs. The cuts came even as stagnation or decline in incomes for many people increased the housing affordability problem, and the foreclosure crisis dragged entire neighborhoods into decline. Less than 25 percent of the people eligible for housing assistance actually receive that assistance. There is little prospect that federal spending can be increased enough to do more than keep that percentage stable. In other words, 75 percent of the folks who are eligible for help may never get it.

But the problem goes far beyond federal budget. Governments at all levels have been complicit in allowing housing costs to rise year after year, making it impossible for builders to produce housing affordable to working people without government subsidies. There are lots of reasons for this, from building codes to land use regulations that limit density. Most local governments keep driving up the cost of housing and very few of them do anything to mitigate those increases, and even fewer work to reduce the cost burdens they impose.

NREI: Is enough being done now to address the issue?

Andre Shashaty: No. The federal government is tied up in political gridlock and handcuffed by concern about the budget deficit. The Low-Income Housing Tax Credit is the only program that is producing any quantity of housing for people of modest incomes. In regard to local governments driving up the cost of housing, nothing is being done at the federal level to counteract that trend. Only one or two states have made meaningful efforts in that area.

NREI: New York Mayor Bill De Blasio has pledged to tackle the city’s affordable housing crisis within 10 years. What do you think of New York’s plans, and are there any other examples of cities addressing the issue successfully?

Andre Shashaty: I cannot judge the New York City plan in the abstract. A newly elected mayor has made some bold promises, but his ability to implement them remains to be seen. I have met the city's commissioner of housing and community development and I know she's working hard to make it happen. Historically speaking, New York City has done more than most cities to address the housing needs of its citizens.  Other cities have also worked hard on this issue, most notably Boston, which did a great deal under the leadership of former mayor Thomas Menino, who passed away in 2014.

NREI: What will happen in 10 years if we do not address the lack of affordable housing? How will 2025 look if we do nothing?

Andre Shashaty: More people will be spending way too much of their income for housing or living on the streets or in motels, or crashing with friends. Cops will keep chasing homeless people from one park or freeway overpass to another. And, worst of all, millions of children will grow up in dangerous neighborhoods with lousy schools, or in overcrowded apartments where they have no privacy, and in families that spend so much for housing, they have little prospect to get ahead financially. The bigger picture includes increasing segregation of communities by race and income. As I say in my book, Rebuilding a Dream, if this trend continues, we may find ourselves facing a repeat of the urban unrest of the mid-1960s. But this time, it could be even worse. It is easy to cut spending for housing and community development, and many legislators see it as having no political repercussions. The main point of my book was to show that housing and urban programs are a critical function of government and make a huge difference in our collective wellbeing, and that we all have good reason to work to make sure they are continued and expanded.