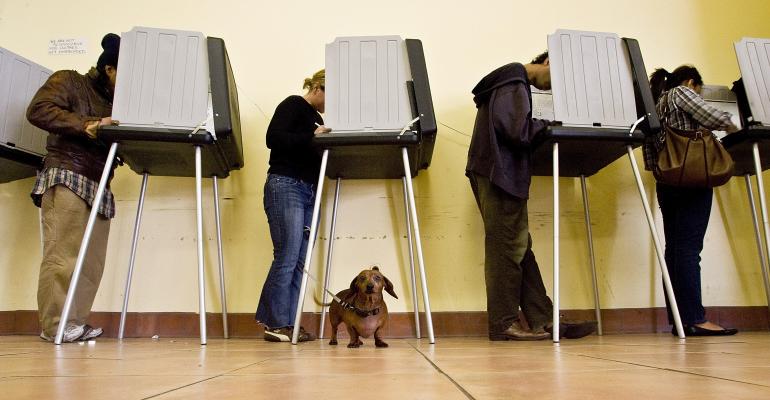 Apartment rents continue to rise faster than incomes in most cities and towns across the United States. Legislators and activists are calling for new limits on how fast rents can rise in states including California, Illinois and Washington, among others.

The limits on rent control

In most parts of the country, state laws make it impossible for local governments to pass new rent control laws.

Rent control is banned in 47 states, according to David Garcia, policy director at the Terner Center of Housing and Innovation at the University of California Berkeley.

In the latest election, California voters had a chance to open the floodgates. The Proposition 10 ballot initiative would have repealed Costa Hawkins. Voters rejected it by nearly two-to-one (62 percent to 38 percent) on Nov. 6.

More than 3,000 industry donors contributed $75 million to defeat Proposition 10, according to industry groups familiar with the effort. On the other side, supporters of the proposition spent $25 million—mostly contributed by AIDS Healthcare Foundation CEO Michael Weinstein.

However, advocates for rent control are not finished. “There is a pretty significant appetite to [do] something at the state level on tenant protection,” says Garcia.

Apartment experts worry that if they had the chance, many city governments would pass harsh laws that would effectively freeze rents and stop new development.

“We see a lot of smaller jurisdictions using development fees and other measures to curtail development,” says Garcia. The harshest versions of rent control could be similar to the laws that controlled rents in New York City after World War II. “The literature is quite clear that rent control policies like those are harmful to the production of housing.”

However, less stringent rent regulations could help protect tenants from sharp rent increases. The Terner Center proposed an “anti-gauging” cap that would make it illegal for property managers to raise the rents on their existing tenants by a certain set amount. (Terner suggested more than 10 percent a year).

“Maybe the next legislative session will result in some compromise policies,” says Garcia.

However, apartment industry advocates worry an “anti-gauging” cap might be just the beginning. “History has shown that caps only get tighter over time. San Francisco started at 7 percent and is today at only 60 percent of the consumer price index, 1.6 percent,” says Lapides.

Other proposals to remove the preemptions that block new rent regulation laws are making progress in several states, including Oregon and Illinois, followed by Washington State and Colorado.

“We will see this in other markets,” says Jonathan Woloshin, executive director and head of Americas equities at UBS.

In Illinois, the new Democratic governor J.B. Pritzker has expressed his support for removing the preemption that prevents Illinois towns from creating new rent regulations. State legislators have already begun to hold hearings on rent control measures they plan to introduce in 2019.

Oregon’s House of Representatives passed a bill in the 2017 legislative session that would have repealed the preemption that prevents Oregon towns from creating new rent regulations. The repeal measure died in the state’s senate, but advocates of rent control law have not given up.

Several group in Colorado are aggressively pushing for rent control. After the recent election, Democrats now control both chambers of the state legislature and the governor's mansion. At the same time, state and local leaders have launched a suite of programs to address Colorado's shortage of affordable housing.