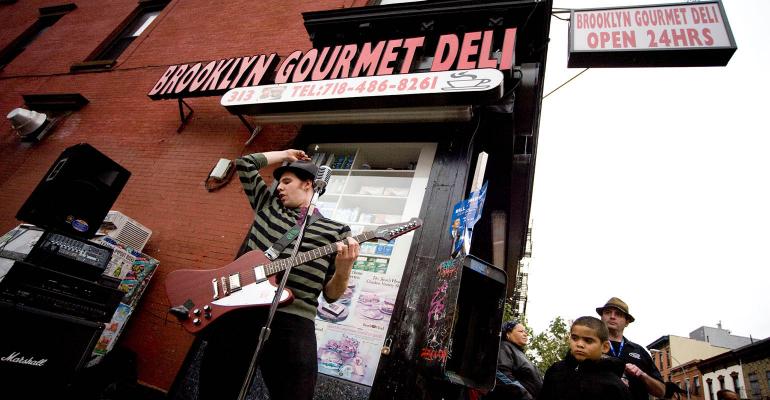 Williamsburg’s apartment inventory has jumped 25 percent in the past year as the prospect of a longer commute during drives renters to other neighborhoods.

(Bloomberg)—For Brooklyn commuters, the looming L train shutdown is a bitter pill to swallow. Saving money on rent could make it go down easier.

Almost half of the apartments in Williamsburg -- the neighborhood that would bear the brunt of the disruption -- are now renting for lower prices than they were two years ago, with an average reduction of $250, according to StreetEasy.

And costs are poised to drop even further. With just eight months to go before Brooklyn’s L train riders will need to find another route to Manhattan, apartment-hunters are seeing units listed with discounts and a range of incentives, all in a bid to get them to sign.

“More landlords are going to throw in things and be willing to negotiate,” Grant Long, senior economist for StreetEasy, said in an interview. “And that’s a big thing for new tenants and existing residents to capitalize upon.”

Williamsburg’s apartment inventory has jumped 25 percent in the past year as the prospect of a longer commute during the 15-month shutdown drives renters to other neighborhoods, the listings website said in a report Thursday.

The biggest rent reductions were at the top of the market, Long said. At 44 Berry St., a former tonic water factory converted into 42 apartments, rates are $448 cheaper on average than they were two years ago, the biggest decline for any building in the area, according to StreetEasy.

In June, Williamsburg apartments rented for a median of $3,370, down 3.3 percent from a year earlier, brokerage Citi Habitats said in its own report Thursday.

So anyone willing to endure the headaches is likely to find a bargain. And the L train’s absence may actually draw some people to Williamsburg.

“Some people will be relieved that things will be less crowded after the shutdown,” Long said. “It could become more neighborly.”