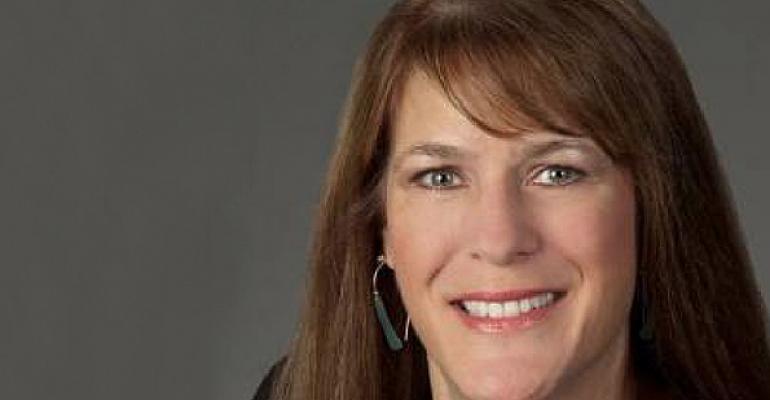 Jones Lang LaSalle promoted Kristin Mueller to COO. In her new position, Mueller will be responsible for executing the firm’s services platform, ensuring standards consistency across the property portfolio as well as driving results and efficiencies across the business. She will also oversee client accounting, property management and specialty leasing departments.

Mueller has more than 27 years of experience in the retail industry. Prior to joining Jones Lang LaSalle in 2008, she worked for Urban Shopping Centers Inc.

McKinley Commercial Client Services has been appointed as property and asset manager for a 39-property, 4.25 million-sq. ft. retail portfolio.

NewMark Merrill Cos. started a $2.5 million redevelopment of Park Plaza on Maine, a 165,000-sq.-ft. retail center in Baldwin Park, Calif.

The projects includes updated facades, new pylon and monument signage, the addition of outdoor seating and a water feature, in addition to the creation of space for more street-front retailers along Maine Avenue and Ramona Boulevard. NewMark Merrill plans to complete the project in February 2013.

ShopRite signed a lease with Related Cos. for a 90,000-sq.-ft. store at Phase II of Gateway Center in Brooklyn, N.Y. The store will be ShopRite’s largest in the tri-state region and is scheduled for opening in the fall of 2014.

TJX signed a 10-year lease to open a 50,000-sq.-ft. combined TJ Maxx/Home Goods store at Deer Grove Centre in Palatine, Ill. The space was formerly occupied by Linens N Things. Joe Parrott and Michael Gold, of CBRE, represented the landlord in the transaction.

The Retail Connection, Bed Bath & Beyond Partner at Willowbrook Plaza

A joint venture of The Retail Connection and Long Wharf Real Estate Partners bought Willowbrook Plaza, a 384,556-sq.-ft. retail center in Houston, from CBL Properties. The new owners than signed a 92,000-sq.-ft. lease with Bed Bath & Beyond Inc. for its Bed Bath & Beyond, buybuy BABY and Cost Plus World Market concepts.

Atlantic Realty appointed R.J. Brunelli & Co. LLC as the exclusive leasing agent for Woodhaven Plaza. The property will be ready for delivery in the summer of 2013.

SRS Real Estate Partners hired Joseph Clark as a research consultant in the firm’s Houston office. In his new position, Clark will be responsible for broker transaction support, SRS identity building and lead generation initiatives. Previously, he worked as a chartist and contractor with Global Forex Strategies. SRS also hired Barb Brandt as senior human resources specialist in the company’s corporate headquarters office in Dallas. In her new position, Brandt will be responsible for managing payroll and tax reporting, day-to-day benefits administration processes, recruiting and the on- and off-boarding of all employees. Previously she worked for an oncology education company.