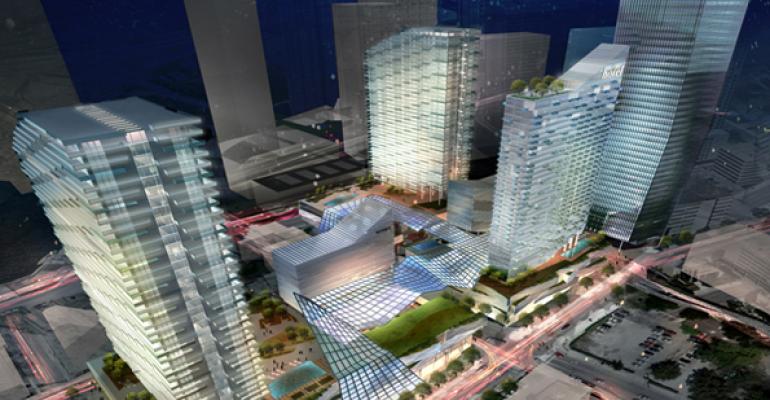 Swire Properties and Bal Harbour Shops agreed to form an equity partnership to develop the retail component of Brickell CityCentre, a $1.05 billion, 1.9-million-sq.-ft. mixed-use project in Miami. Brickell City Centre is scheduled to include 500,000 sq. ft. of retail, in addition to condominiums, a hotel and office space. It is scheduled for completion in the third quarter of 2015.

Swire Properties will serve as the primary developer on the project, while Bal Harbour will contribute equity, brand recognition and its retail development expertise.

“We are honored to have Bal Harbour Shops join us as co-developers of the shopping at Brickell CityCentre,” said Swire Properties President Stephen L. Owens in a statement. “Built over generations, the credibility of Bal Harbour Shops with the luxury retail market, evidenced by the extraordinary sales performance of their center, will be of tremendous value to the market positioning of Brickell CityCentre as a destination shopping experience for residents and visitors alike.”

Books-A-Million signed a lease with Brixmor Property Group for a 28,000-sq.-ft. store at Arapahoe Crossings in Aurora, Colo. Paul Sheppard represented Brixmor in-house in the transaction;

Patrick A. Smith and Alex D’Alessandro, of SRS Real Estate, along with Tim McDougall, of Greenwood Realty, represented Dick’s Sporting Goods in the transactions.

Philabundance appointed CBX to design a prototype for Fare & Square, a not-for-profit grocery store in Chester, Pa. The store is scheduled to open this summer. As part of the assignment, CBX will choose a colors and materials palette for the property, signage and graphics, and will design perimeter departments and the store’s center core.

Englewood Construction hired Michael A. Podgorny, Sr. as director of construction. He has more than 30 years of experience. Previously, he worked as principal with Crane Construction and as senior vice president with Capitol Construction.