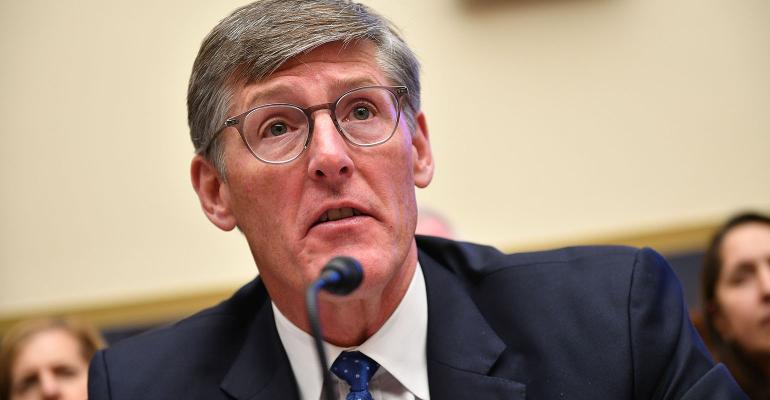 “Well, if I worked seven days a week, 15 to 16 hours a day and I don’t take any holidays, at least for a period of time I’m going to be more productive.”

(Bloomberg)—Citigroup Inc.’s Michael Corbat said he’s worried about potential long-term negative effects after many of his employees spent the vast majority of 2020 working from home.

“People talk about the productivity that comes with working remotely,” Corbat said in a televised interview for a Bloomberg Invest Talks event that aired Friday. “Well, if I worked seven days a week, 15 to 16 hours a day and I don’t take any holidays, at least for a period of time I’m going to be more productive.”

While more remote work will probably mean Citigroup can shrink its real estate footprint, Corbat said he’s hesitant to declare a widespread shift toward the practice. The CEO said in May that, unlike some of his competitors, he wasn’t considering the option of letting workers stay at home permanently after the pandemic ends.

The New York-based bank, which has about 200,000 employees worldwide, wants to see how productivity changes over longer stretches of time and whether creativity suffers before deciding how much working from home to allow, Corbat said.

Citigroup and many of its competitors have kept the vast majority of staff home for much of the year to help stem the spread of Covid-19. Now, as governments around the world rush to procure vaccines and promising new therapies for the virus, many companies are developing plans for eventually bringing workers back.

“I don’t want to wake up as an industry and have hollowed out our skill sets,” Corbat said. “We’ll absolutely continue to accelerate the move toward digital and, where appropriate, more remote. But I certainly wouldn’t want to see us move too quickly.”

In the meantime, as parts of the U.S. and Europe battle a resurgence in cases, the company hasn’t been reluctant to keep workers home or send them back if they’ve ventured into the office, he said.

“We absolutely like to have our people in when we can have them in, but we’re not going to put them at risk,” Corbat said. “We’ve got to stay flexible and obviously we’re going through a bit of resurgence in parts of the world right now. We’ve been in the phase of tapering back.”

In the wide-ranging interview with Carlyle Group’s David Rubenstein, Corbat also addressed the infamous four-day stretch in 2008 when Wells Fargo & Co. scooped up Wachovia Corp. out of Citigroup’s grasp.

Citigroup and Wachovia had signed an agreement on Sept. 29 to merge, but that was trumped by Wells Fargo, which officially announced its purchase of the bank on Oct. 3. Corbat, noting he wasn’t involved in those negotiations, said he still thinks the acquisition would have been helpful to Citigroup today.

Citigroup is the world’s largest credit-card issuer and it counts Costco Wholesale Corp. and American Airlines Group Inc. as two of its biggest partners in the business. The lender has been seeking to selectively expand its branch footprint in states and cities where it already has a preponderance of card customers.

The third-largest U.S. bank by assets, Citigroup has a relatively small branch network, with 687 outposts in six major cities. Still, the firm wants to appeal to customers who like to go in person for certain transactions.

“We’re managing the transition of an analog bank to a digital bank, and in many ways we’re managing the two banks in tandem,” Corbat said. “Some people very much like the branch, and if you called up and said, ‘Hey, great news, we’re closing the branch and we’re going 100% to digital,’ you’d likely lose some of those customers.”

As the end of the year approaches and Citigroup weighs bonus pools for traders and other employees, Corbat said the firm has had to balance its desire to retain and reward employees with the broader economic environment and its desire to improve shareholder returns.

“Our people have done extraordinary work, whether its traders or right down to the people in our branches who are coming in and putting themselves in harm’s way to make sure our branches are open and people have access to their financial lives,” he said.