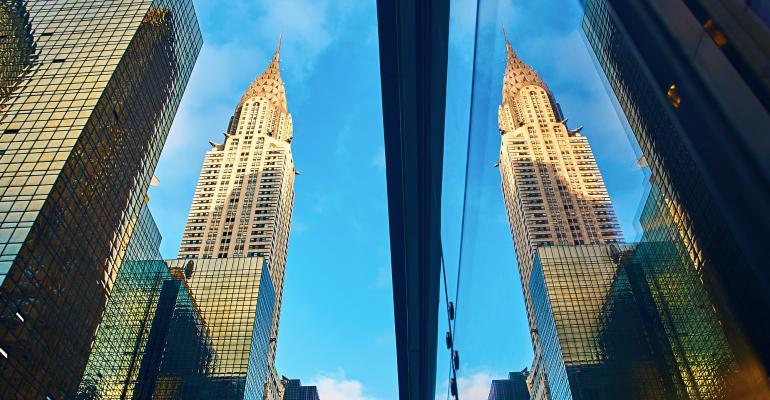 Goldman in Florida. Hewlett in Houston. Who's Next?: Conor Sen

(Bloomberg Opinion)—The geography of employment is changing. The pandemic is calling into question old assumptions, particularly the idea that companies must be located in high-cost coastal metros that were seen as centers of the business universe.

What started with tech companies like Twitter Inc. granting employees the option to permanently work remotely is broadening into other, more conservative companies plotting moves to nontraditional locations with lower costs.

So far this month we've seen Hewlett Packard Enterprise Co. moving its headquarters to Houston, while Goldman Sachs Group Inc. is entertaining a shift of its asset management arm to South Florida. Both moves show that employers are crunching the numbers and growing more willing to break up with their coastal city homes.

This doesn't mean the death of coastal hubs, but it does suggest that in the post-pandemic era, high-cost cities have to earn their keep as employment centers in a way they didn't in the past.

Technology that allows white-collar workers to work from anywhere isn't a new trend: Email has been around for decades, and cell phones and the mobile internet are a generation old. The soaring cost of housing and office space in metro areas like New York and San Francisco have for years provided the economic rationale for companies to move operations to cheaper cities.

The obstacles preventing the move were mainly culture and inertia — uprooting workers and business operations is risky and a pain. If your peers aren't doing it, then maybe it's for a good reason.

Nine months of remote work during the pandemic have upended those axioms, jogging companies out of inertia and creating space for new decisions that may not have occurred pre-pandemic.

There's also the fact that employers are willing to follow talent wherever it wants to go. In the second half of the 20th century, families were leaving cities for suburbs, coinciding with the construction of suburban office parks and economic booms not only in the Sunbelt, but also in states like Connecticut and New Jersey.

Over the past 20 years, as younger and college-educated workers flocked to big cities, companies shifted back there, building urban campuses and revitalizing downtowns. The high cost of living in coastal cities, combined with the aging of the millennial generation, suggested an eventual migration to lower-cost cities. So perhaps a wave of companies moving operations to places like Houston and South Florida is just accelerating trends that were already in motion — a phenomenon that's been true across domains during the pandemic.

We're likely seeing a rebalancing of prices for housing and office space across metro areas rather than the disintegration of high-cost cities. For certain industries such as technology, finance and media, New York, San Francisco and Seattle will still be worth a premium over Houston and Atlanta.

But how big should that premium be? Arguably, the cost differential grew too big in the mid- to late 2010s. The shift we're seeing now is mostly about normalizing the premium in a world where most metro areas with more than a few million people have access to the same sorts of amenities. The remaining differentiators — talent bases, climate, infrastructure, industry mix — can be harder to measure.

Depending on how prices and vacancy rates normalize in the post-pandemic recovery, this shift might not take very long. If rents and office space in high-cost cities are structurally 10% to 20% lower in 2021 than they were in 2019, and they're 5% to 10% higher in some of the places where jobs and people have been moving, that might be enough to reduce the pressure that's driving these employment shifts.

Regardless, as we move into the 2020s, we probably won't see another decade of winner-take-all, high-cost cities. There's been too much change in the thinking behind where companies and employers need to be, and technology and culture have made second-tier cities much more like their higher-cost peers than they were a decade or two ago.

It's not yet clear whether this new economic cycle will benefit the kinds of rural and post-industrial communities that have gotten so much political attention over the past several years. But if nothing else, the fortunes of all large metros, be they high- or low-cost, seem more intertwined than ever.

To contact the author of this story: Conor Sen at [email protected]