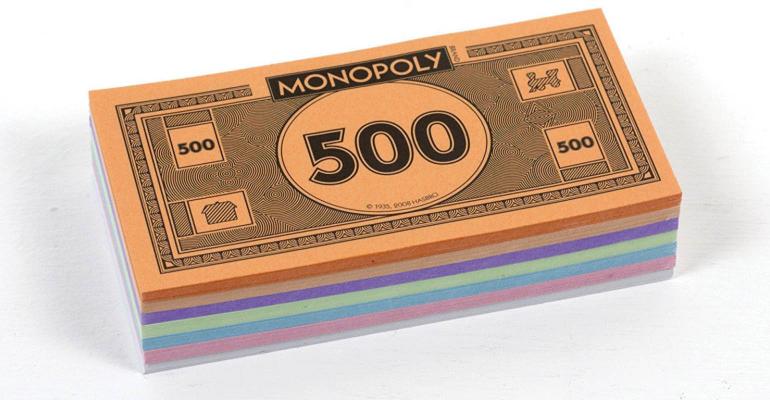 Here's How Much Amazon Will Pay in Rent at National Landing

The e-commerce giant will initially pay below-average rents for its Crystal City space.

Amazon.com Inc. (NASDAQ: AMZN) will pay about $35 per square foot in rent for its initial leased space in Crystal City, about $2 below average asking rents in the Arlington County submarket, its future landlord disclosed Thursday.

JBG Smith Properties (NYSE: JBGS) revealed the net effective rental rate and other financial details of the deal with Amazon in an investor presentation filed with the Securities and Exchange Commission. In the disclosure, JBG Smith CEO Matt Kelly said the Seattle-based company's commitment to Crystal City and the larger National Landing area — a newly branded combination of Crystal City, Pentagon City and Potomac Yard — should yield benefits far beyond the 537,000 square feet of office space Amazon will lease from his Chevy Case-based real estate investment trust.

"Amazon's decision to locate its new headquarters in National Landing is a watershed moment for our region and for JBG SMITH," Kelly wrote in his letter to shareholders. "It validates the strength of our market's labor pool, our existing infrastructure, and our ability to accommodate growth. It also affirms the locational strength of National Landing and our repositioning strategy in the submarket."

Amazon officially announced its plans for a split headquarters at National Landing and Long Island City a month ago, and details have been trickling out in dribs and drabs since then. Thursday's filing was the most detailed information yet from JBG Smith, which will be Amazon's landlord and development partner as the e-commerce and cloud computing company builds out its new headquarters.

JBG Smith noted Amazon's commitment to the area will trigger about $4.3 billion in third-party investments in and around National Landing. Amazon itself will invest about $2.5 billion, including costs developing about 4.1 million square feet of office space for a local workforce of between 25,000 employees and 37,850 employees. Local governments, the commonwealth, Virginia Tech and George Mason University will invest another $1.8 billion on infrastructure and education improvements, to include an innovation campus near Potomac Yard in Alexandria.

Amazon's net effective rental rate compares to a total average asking rental rate of $37.02 per square foot, per JLL, and about $36.27 for the type of older, Class B product that dominates Crystal City. JBG Smith says the $35-per-square-foot also compares to an average net effective rent of $34.20 for the leases it has executed in its National Landing portfolio for the past five quarters. JBG Smith anticipates Amazon's leases along with "other current leasing activity to accelerate the stabilization of the office market in National Landing," by boosting the leased percentage of its operating office portfolio in the submarket by about 3.5 percent. JBG Smith is the dominant office landlord in Crystal City, where the vacancy rate hovers at just over 20 percent.

Drilling down further, JBG Smith plans to invest about $15 million to prep space at 241 18th St. S, where Amazon will lease 88,000 square feet, and 1800 S. Bell St., where it will lease 191,000 square feet as the space becomes available over the course of 2019. Those are short-to-medium-term leases, however, as Amazon will move out as the new space it develops in Pentagon City is ready for its occupancy. JBG Smith plans a heavier investment of roughly $80 million at 1770 Crystal Drive for Amazon, which will lease all 258,000 square feet of the building's office space once it is available by the end of 2020.

As for the development sites, Amazon will pay in the neighborhood of $294 million for JBG Smith's PenPlace and parts of Metropolitan Park, which works out to about $72 per foot for development potential of up to 4.1 million square feet. Kelly, in his letter to shareholders, said that's comparable with other shovel-ready land sites throughout close-in Arlington. What's more, he wrote it made more sense to sell the land to Amazon than try to forge ahead with development in the future.

Amazon's plans for the area will also accelerate JBG Smith's own plans for Crystal City, to include a major infusion of new retail space in the near term. Amazon's move to owned space will also position the space it vacates at 1800 S. Bell and at other properties in the area for future development.