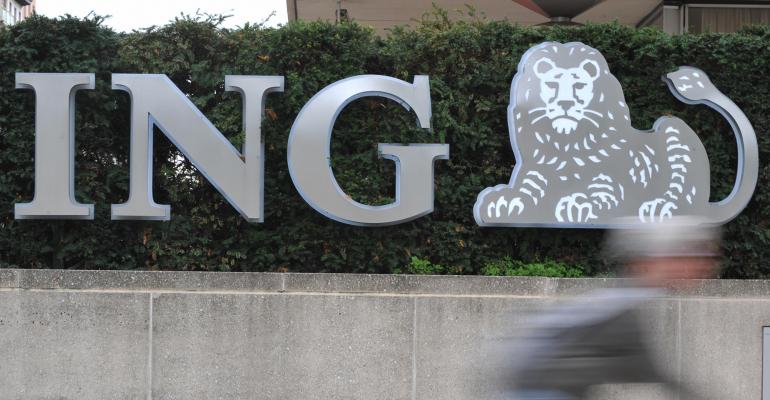 The Dutch lender plans to cut 1,000 jobs and close all of its offices in South America and some in Asia.

(Bloomberg)—ING Groep NV will cut 1,000 jobs by the end of 2021 and close all of its offices in South America and some in Asia as it looks to cut costs and boost its digital transformation amid the economic fallout from coronavirus.

The Dutch lender said it would streamline its wholesale offering to focus on key clients and markets and pull back from ambitions to integrate retail banking platform Maggie across some European markets, according to its third-quarter statement Thursday.

Profit was 788 million euros ($925 million) in the third quarter, lower than the 844 million euro profit estimated by analysts. Costs came in at 2.6 billion euros, higher than estimates thanks to a 140 million euro impairment of Maggie’s development costs.

“In wholesale banking, we will concentrate even more on core clients and simplify our geographical footprint, which will require fewer staff,” said Chief Executive Officer Steven van Rijswijk. “This includes closing our offices in South America and some in Asia, while continuing to serve the international needs of clients from our regional hubs.”

The bank will shutter its mostly small offices in Brazil, Argentina, Colombia, Thailand, Malaysia, Mongolia and Kazakhstan, Van Rijswijk said in a call with reporters Thursday.

The cuts came as ING joined other European lenders in making lower loan loss charges in the quarter, after taking heavy provisions in the early stages of the Covid-19 pandemic. The bank took a 469 million euro impairment, about half as much as expected and well below the roughly 2 billion euros of charges taken in the first half of the year. Net interest income was down 3% on the previous quarter because of lower lending demand and margin pressure.

The bank also adopted a new dividend policy comprising a 50% payout ratio of sustainable earnings in the form of dividends or buybacks that will take effect once regulators lift restrictions on distributions. The bank said its widely-watched capital ratio known as Common Equity Tier 1 rose to 15.3% from 15% three months earlier. It said it is lowering its long-term target for the ratio to 12.5%, down from 13.5% currently.

ING fell as much as 3.2% in early Amsterdam trading. Shares have fallen this year by more than 40%.

If investors can look beyond the lower-than-expected net interest income, “the capital beat, revised CET1 target and the cost savings initiatives should go down well,” Mediobanca analyst Robin van den Broek said in a note. “It is a big ask though.”

ING’s plans for a return of dividends mirrors calls from other European lenders. U.S. and European banks have been reporting stronger-than-expected profit this quarter thanks to a trading boom and lower provisions, with some indicating that their economic outlook is improving.

That contrasts with a deteriorating backdrop of new infections and restrictions that threatens to bring more economic pain. European banking regulators, who had been moving closer to lifting a de-facto dividend ban, are increasingly worried about the worsening economic outlook.

Van Rijswijk, the former chief risk officer, took the helm in July, taking on the challenge of navigating ING through one of Europe’s deepest recessions in decades. The 25-year ING veteran said after his appointment that he’s unlikely to make any sweeping changes to the bank in the short term, having already served on the executive board for some years.

In recent years, ING was one of the fastest growing banks in Europe as it added millions of customers through online services under the previous CEO Ralph Hamers, who is now leading UBS Group AG. Even after adding millions of customers in recent years, ING has struggled to be more profitable after low interest rates and increased compliance costs weighed on profit margins.