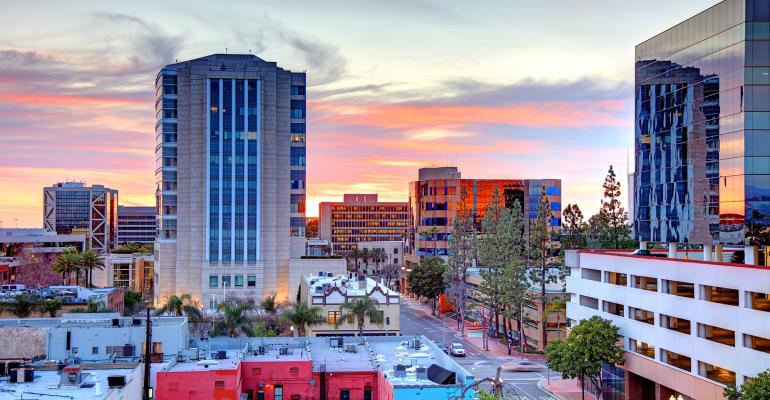 A demographic shift from urban to suburban life was already occurring prior to the COVID-19 pandemic, as millennials in their late 20s and early 30s were beginning to start families and move to the suburbs. As a result, employer and investor interest in suburban office assets was rising.

Office leasing continued to decline nationally in the third quarter, with renewals dominating leasing activity, according to Bruce Miller, a senior managing director in the capital markets group of real estate services firm JLL. He notes that suburban submarkets saw declines in leasing that were identical to office buildings in CBDs in the first and second quarters of the year, with new leasing activity in each quarter declining by 50 percent. In the third quarter, however, CBDs saw an 18 percent quarter-over-quarter decline in leasing activity, while leasing in suburban submarkets fell by a more modest 4 percent.

“The top-performing suburban assets over the past several years and amid the pandemic are those that best emulate the environment of a CBD within a lower-cost, lower-density environment,” says Miller. Newer, class-A office assets that recreate the appeal of an urban environment, with transit connectivity and nearby amenities, outperform older-vintage suburban product in more distant suburbs, he notes.

As a result, investors continue to seek quality office assets in suburban locations, according to Pontius. However, “Investors are still being cautious, so credit and term are critical, and there is a direct correlation between those two criteria and execution probability.”

Pontius notes that investors are targeting suburban office assets based on a number of factors, including the offered cap rates, which vary widely from about 6.3 to 8.5 percent. Other important considerations include asset quality, rental rate, lease length and tenant credit quality.

Miller contends that many investors are looking for high single-digit to low double-digit levered returns, and contrary to prior cycles, suburban assets have consistently outperformed CBD assets in terms of total returns over the past several years. That has been largely due to cap rate compression in the CBDs.

“Core suburban investments have averaged about 100 to 150 basis points higher total returns than core CBD investments,” he notes. “Again, much of the interest in suburban assets is in stabilized properties. Investors are also taking advantage of record low interest rates to enhance cash-on-cash returns.”

However, while office investment sales activity has fallen across almost all U.S. markets (office sales volume was down 44 percent year-to-date through October, according to RCA, compared to the same period last year), Miller says investment in suburban assets has fallen less (by 42 percent at the end of the third quarter), compared to investment in CBDs, which fell by 56 percent.

In fact, Miller notes that 18 institutional investors acquired suburban properties for the first time in 2020, collectively investing $460 million in suburban office acquisitions. The largest of these was Korea Investment Holdings, which purchased 2 MacArthur in Orange County for $86 million.

In addition to new entrants, there are a number of investors who have significantly increased their suburban office acquisitions in 2020 relative to historical standards, he says. These include Invesco Real Estate, which invested more than $1 billion in suburban assets this year, well above the $300 million the firm acquired in that subsector annually over the past decade. Additionally, 11 other institutional groups have acquired more suburban office building in 2020 than any other year, according to Miller, who says that institutional investors are highly focused on growing suburban markets.