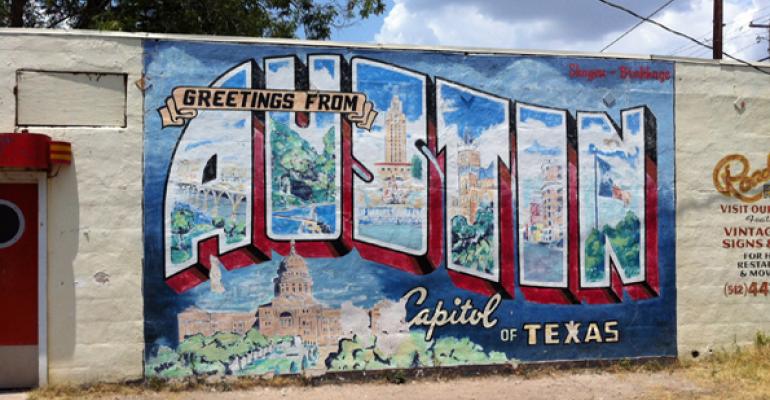 Driven by its steady double-digit population growth, the Austin, Texas office market has been expanding since the recession.

The Texas state capital has had enormous population jumps, many times doubling in population size over a decade, and has grown almost ten-fold since 1950 to just under one million people. Likewise, during the past two decades, the city’s office market has hit its stride, surging from 22 million sq. ft. in 1990 to more than 45 million sq. ft. at the end of 2015, and more growth is expected, as the city was ranked number one for real estate development by the Urban Land Institute. The current construction pipeline is at about 2.1 million sq. ft., according to a first quarter report from real estate services firm, following a delivery of 4 million sq. ft. last year.

The technology industry is one of the main reasons for the city’s downtown expansion, according to Robert Kramp, director of research and analysis for the Texas office of real estate services firm CBRE. Austin is seen as a secondary site to the San Francisco market, with most Silicon Valley and Cupertino firms working to get a satellite office set up in Austin. Apple is expanding its Austin campus to 1.1 million sq. ft. this year, for example.

Tech knowledge firms and start-ups dominate the local leasing activity, and the city is in the top 10 for patent applications in the country. Young computer-savvy workers have chased after the well-paying jobs and have been welcomed by the downtown leaders, who have allowed the creation of walkable communities, entertainment and downtown living preferred by the Millennial generation.

“Austin’s unemployment rate is one of the best in the country, it recently dipped below 3.0 percent, and office jobs are white hot,” Kramp says. “Our large start-up community is attracting a young, highly educated workforce who want to live in the urban core, and the employers are following the talent. The major players in the tech sector continue to relocate and expand their presence here.”

The downtown living trend is best seen in Austin, where there are about 161 entertainment options and 382 bars, clubs and eateries, according to a recent CBRE report. Multifamily firms also have a large pipeline of product to the meet the demand, with 32 projects recently completed, 50 buildings currently under construction and another 32 on the drawing board, Kramp says.

The technology firms in Austin have been mostly software firms and silicon chip developers, but the city’s educated talent is also starting to attract the ancillary tech industries of biotechnology, pharmaceuticals, diagnostics and research and development sectors, he says. The University of Texas at Austin, Travis County and Seton Healthcare recently formed Capital City Innovation Inc. to integrate established businesses and start-ups into the Dell Medical School system, Kramp notes.

“Austin hasn’t traditionally been a bio-tech player, but now there’s a meshing with a major medical school and a top university, we’re hoping to encourage young professionals to hire on in the region after they graduate.”

Palo Alto, California-based Menlo Equities, which primarily acquires and develops office properties in the Western U.S. tech markets, is a believer in the draw of Austin. The company recently said in a statement that it is adding to its Menlo Equities Absolute Return Fund to purchase more buildings in the market, including a fully-leased office in Austin. Henry Bullock, chairman of the firm, said that tech offices in cities such as Austin are high demand locations that are likely to remain leased even in the event of a downturn.

"Despite heavily appreciated real estate pricing in some of the stronger coastal markets, like Silicon Valley, we continue to see opportunities to acquire well-located and fully leased institutional-quality assets in several other growing tech hubs, especially Austin," said Bullock.