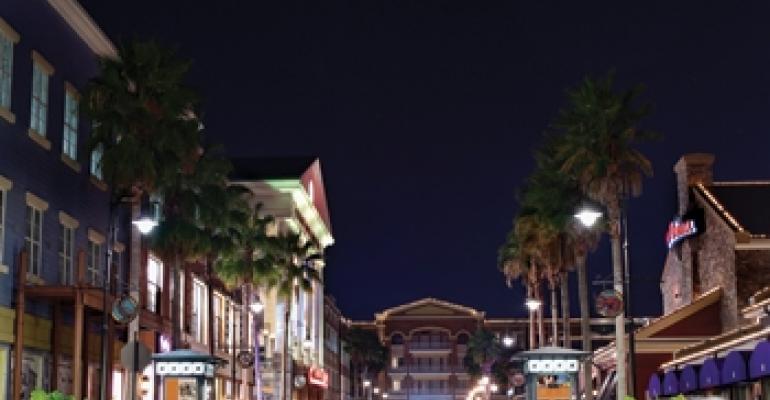 Lifestyle centers, as a concept, rose and fell spectacularly right along with the industry’s boom and bust.

That’s left backers of such properties going back to the drawing board and reimagining what lifestyle centers can be. These new approaches at times seem to redefine the concept itself. Whether or not to include anchors, whether to incorporate of non-retail uses and rethinking tenanting strategies are just some of the questions developers are wrestling with.

Developers are even trying to be more careful about how they use the term. During the boom years, the “lifestyle center” name got abused and stretched beyond all meaning, says Josh Poag, president of Poag & McEwen in Memphis, Tenn., which helped pioneer the concept. “Anything with a Starbucks in it was considered a lifestyle center,” he says. As a result, the label “jumped the shark” and “people were using it for anything and everything.”

If lifestyle centers are to succeed going forward, Poag and others argue that to qualify for the name, they should boast open-air environs and primarily upscale retailers. And while the first lifestyle centers eschewed anchors and included only inline retail, developers feel the mix going forward may be a bit more varied.

But that growth has tapered in recent years. Only four new lifestyle centers opened for business in 2010, according to ICSC. Meanwhile, a number of properties foundered and went into foreclosure, including Downtown at the Gardens in Palm Beach Gardens, Fla.; Promenade Shops at Dos Lagos in Corona, Calif.; and Perkins Rowe in Baton Rouge, La.

Developers cite several causes for the difficulties that walloped lifestyle centers. Some were located too far on the outskirts of cities. Others, without anchors to draw shoppers for regular trips, ended up finding they could not compete with nearby regional malls as the economy soured.

Yaromir Steiner, CEO of Steiner + Associates in Columbus, Ohio, estimates that two-thirds of lifestyle centers were developed in locations oversaturated with retail. “Today it would be very difficult to finance or build a lifestyle center, even those that are strategically justified, because there is lots of pain from the indiscriminate development of the past,” he says.

Developers also faced the consequences of offering too many co-tenancy clauses to retailers, which gave the stores leeway to pull out if their neighbors did. The departure of one or two tenants could undermine an entire property. This came to pass as many lifestyle center tenants, such as Williams-Sonoma, Pottery Barn, Ann Taylor and others, shuttered locations. In other cases, co-tenancy clauses tied to occupancy levels got triggered as vacancies mounted.

The smallest lifestyle centers, those of less than 100,000 square feet, have proven to be the most vulnerable, says Jeff Green, president of Jeff Green Partners, a Phoenix-based real-estate consulting firm. The industry will lose some lifestyle centers by attrition, Green says, “and will become more right-sized.”

Facing such challenges, owners and developers of lifestyle centers are adapting by adding elements to enhance their appeal. Some are revising their retail mix to attract middle-income shoppers, says Poag, of Poag & McEwen. Aspirational shoppers who paid for status items during better times have since traded down and now are more willing to shop elsewhere.

Anchors aren’t always enough, however. Florida’s Downtown at the Gardens featured a Whole Foods and a movie theater, but even those attractions couldn’t deliver the traffic retailers needed. The property was close to an existing regional mall and struggled to draw shoppers. Sales at the center flagged, its vacancy rate reached 30 percent, and the property’s lender eventually foreclosed.

In 2009 Berman Enterprises L.P., based in Rockville, Md., teamed with Ashkenazy & Agus Ventures to buy the $138 million mortgage on Downtown at the Gardens. Berman then bought out its partner and set to work repositioning the site.

The property had too much debt, and its mix of tenants wasn’t working, says Brian Berman, partner with the firm. Berman Enterprises began making Downtown at the Gardens into a destination. It courted families by adding a carousel and an indoor playground, complete with a café where parents can sip lattes while their kids are entertained.

Seven restaurant bays lay vacant when Berman took over the site. Six have since been leased. In the summer of 2009 the site was 60 percent leased; it’s now 86 percent leased. Berman’s success has piqued the firm’s interest in buying and rehabilitating other distressed lifestyle centers, says Brian Berman.

There are signs that lifestyle owners are also chasing the buzz around mixed-use development.

Lifestyle centers are not the future of retail, says Terry Montesi, founder and CEO of Trademark Property Co., a Fort Worth, Texas-based developer. Instead, urban environments have growing appeal. “People are very into the energy, the life, the sustainability,” Montesi says. Perhaps it’s telling that Poag & McEwen aims to start building an infill mixed-use project in Memphis, Tenn., this year.

Owners of struggling lifestyle centers may want to consider adding office and residential space, says Claudia Sagan, a real estate consultant based in San Francisco. They could encounter some difficulties, however, such as zoning restrictions or a staff unfamiliar with handling non-retail tenancy.

The mixed-use nature of Perkins Rowe in Baton Rouge, La., has proven key to the property’s revival. At 1.2 million square feet and featuring office and residential space, the site may not meet everyone’s definition of a lifestyle center. But Rick Balow, general manager of the property, says its retail mix is in line with the category.

Perkins Rowe went into receivership last year after JTS Interests of Baton Rouge fell behind on loans. Jones Lang LaSalle was given management of the site during the foreclosure process.

As part of its duties, Jones Lang has continued to enlist new tenants and residents. In February 2010, the site’s 138 residential units were 46 percent leased, according to Balow. By the end of last year, they were nearly at capacity. JLL has also signed leases with three new restaurants, two of which have yet to open.

Since Jones Lang has made these efforts, tenants unhappy with their sales have become top-tier locations, according to Balow, who offers La Madeleine and California Pizza Kitchen as examples.

Perkins Rowe also benefits from its location in a warmer clime where outdoor shopping remains a year-round option, Balow says. But the mixed-use element is crucial, he says, and he suggests that other lifestyle centers should consider converting. “People work and live here,” he says. “It’s their community.”