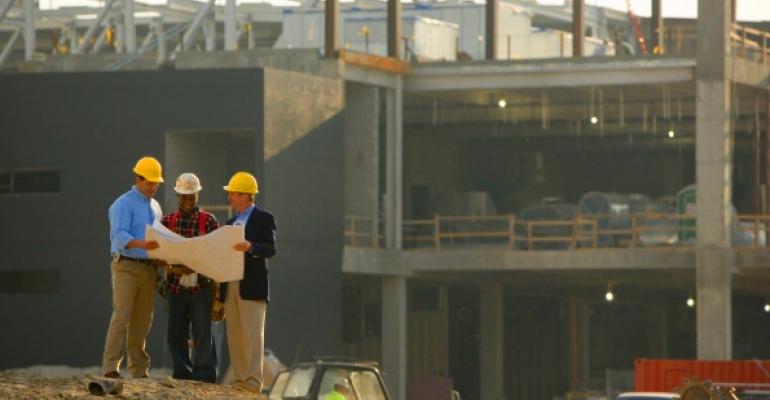 (Bloomberg) — As Don Huffines sees it, Donald Trump’s election instantly made his Dallas-area pastureland much more valuable. That’s because the residential developer expects the president-elect to follow through on a pledge to cut through what he considers environmental red tape.

Huffines, a Republican state senator in Texas, blames President Barack Obama’s administration for adding to rules protecting wetlands, stream beds, endangered species and clean water. The U.S. Army Corps of Engineers has been blocking a dam to create a lake he envisions as a centerpiece for the 1,000-home subdivision.

Trump, the first builder ever to occupy the White House, is stirring hope in the hearts of developers like Huffines that America’s lost decade for home construction will end in a flurry of regulatory cuts. And they’re brushing off concerns that Trump will worsen the construction labor shortage by deporting millions, or that its inflation-stoking policies will hurt demand by increasing borrowing rates.

Builders say regulation is driving up housing costs as homeownership hovers near a 51-year low. Ben Carson, Trump’s nominee for housing secretary, on Thursday endorsed this view, saying it is contributing to inequality by locking low-income people out of the market. The industry calculates that a quarter of a home’s cost stems from government regulation.

“He can rein in these out-of-control federal agencies,” Huffines said of Trump. “The biggest risk to the housing market right now is the government.”

Some caution to hold off on buying the furniture. Many economists blame tightening mortgage-approval standards after the housing collapse for the anemic growth of single-family construction, still less than half of 2006 levels. Public support for easing environmental laws is also far from assured, and some academics say the industry overstates the costs of federal regulation.

Homebuilders have complained about the Endangered Species and Clean Water acts since they were enacted in the 1970s, yet have still prospered since when the economy was strong, according to Joseph Laquatra, professor emeritus of housing and environmental analysis at Cornell University.

Laquatra said there’s no evidence that federal government rules are making housing unaffordable, or that it’s responsible for holding back construction.

“Regulations are there so you don’t have workers fall off roofs,’’ Laquatra said. Without them, “you’d see species go away and you’d see groundwater contamination because there’s construction on wetlands.’’

Still, confidence among builders surged after the election to an 11-year high in December, according to the National Association of Home Builders/Wells Fargo sentiment index. Investors are optimistic, too. Bloomberg’s homebuilder stock index, which includes companies such as Lennar Corp. and D.R. Horton Inc., has surged 12 percent since the election, twice as much as the broader market.

“There’s a spring in the step of the builders,” said Carl Harris, a Kansas subcontractor and former government-affairs chair of the industry trade group. “They feel a lot more confident and they’re a lot more willing to go out there and expand.’’

Harris and his peers remember well Trump’s words during the National Association of Home Builders’ board of directors meeting in Miami last August.

“What’s happening with regulations, horrible -- 25 percent, the cost of a house” due to regulation, Trump said. “I think we should get that down to about 2 percent.”

The industry may be paying too little attention to another side of Trump’s agenda: restricting immigration. Pew Research Center estimates put the proportion of construction jobs now held by undocumented workers at 14 percent.

There’s also the matter of public support. Almost two-thirds of U.S. adults say stricter environmental laws and regulations are worth the cost, according to a Pew survey last year.

The Trump administration said it would nominate Oklahoma Attorney General Scott Pruitt, who is a climate-change skeptic, to head the  Environmental Protection Agency, a decision that the National Association of Home Builders said “will restore common sense to the regulatory process.”

Among other targets, the homebuilders group wants the EPA to scale back recent rules that expand the definition of wetlands, which triggers the need for permits.

Nathan Hultman, a University of Maryland professor who worked in the Obama White House on climate and energy policy, said builders may be overestimating Trump’s ability to shrink regulations.

Changes require public-comment periods, and repeal can take years. Environmental groups will be ready to file lawsuits if the Trump administration stops enforcing existing laws. Many regulations are local, as well.

“There’s always the possibility they slow-walk and not enforce existing regulation,” Hultman said. “But, for the first couple years, it’s going to be tough to unroll everything that was done in the last eight.’’