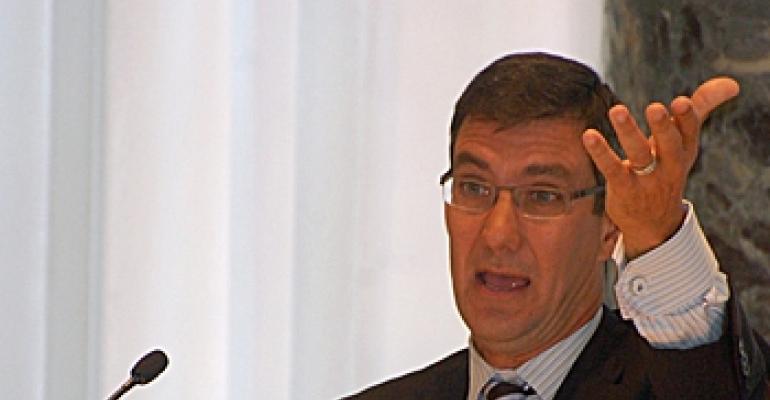 Retail REITs have the wind at their backs as both tenant sales and demand for new space are rising, the investment sales market is picking up steam and a plethora of financing options are now available. Those were the big themes for nearly every retail REIT that presented at NAREIT’s REIT Week held this week in New York City.

Most companies in the sector are projecting FFO and NOI gains for 2011. Share prices and total returns are up significantly from their March 2009 lows.

There were even some murmurs about development. Outlet centers are a particularly popular segment today, but some companies are selectively seeking to build grocery-anchored centers, town centers and even a handful of regional malls. More commonly, every REIT is looking for redevelopment and expansion opportunities within its portfolio.

Perhaps the most interesting theme was the fact that many regional mall REITs are exploring the outlet mall space. Simon Property Group—with its acquisitions over the years of Chelsea Property Group, Prime Outlets and Mills Corp.—is already well established in the sector. Simon and Tanger Outlet Centers form a near duopoly in the space and own the majority of the existing upscale outlet centers in the country.

Taubman Centers also currently operates two outlet centers and has ambitions to build five to 10 more in the next decade.

Taubman Chairman, President and CEO Robert Taubman spent a good portion of of his presentation on discussing outlets.

Regional malls and outlets offer “a different kind of experience. One tends to be open-air. One tends to be much further from an urban area—although start-up development is becoming much closer to cities. But if you look at the brands, much of them tend to be the same,” Taubman said. “Part of the reason we’ve been encouraged to go into the business is that the senior executives of retailers want more locations in the outlet sector. … We looked at the top 30 markets in the U.S. and we do believe there are good opportunities to be built. The only question is who is going to build them?”

In addition, CBL & Associates Properties is in a joint venture to develop an outlet center in Oklahoma and has its eyes on further opportunities. And Macerich Co. is working on building an outlet center in Phoenix. It too is aiming to build additional centers.

For its part, General Growth Properties seemed to be the outlier and preached a more cautious approach to outlets.

“I’m of the belief that if you were to do it on a development basis, it takes a long time to build a credible business,” said General Growth CEO Sandeep Mathrani during his firm’s presentation at REIT Week. “Will we venture into it? Yes. … But it will not be the driving force of our growth. I’d be more likely to do it on a joint venture basis than to do it on my own.”

Much of the interest in the sector stems from the premise that it is the one retail property type that is currently under-developed in the United States. According to Steven Tanger, Tanger president and CEO, “The outlet center industry only has 150 quality outlet centers with 50 million square feet. ... Compare that with 176 million square feet of total retail space in the Chicago market alone. … There is room for growth.” Tanger argued that there is room to build up to 100 outlet centers in the country.

“Outlets are now a distribution channel for virtually every one of brand name manufacturers and retailers we work with,” Tanger said. “If five years ago they were going to open 10 stores, they may have opened three outlets and seven full-price locations. Now they are talking about seven outlets and three full-price stores. … [Outlets are] probably the only sector that is under-retailed.”

Aside from the outlet sector, there was little discussion of new development—with a few notable exceptions.

Taubman argued that there is space to build 15 to 20 new regional malls in the U.S. in the next decade and the firm’s goal is to build four or five of those. Sales-per-square-foot at the firm’s existing centers has now exceeded 2007 levels. At the end of the first quarter, the 12-month trailing average for its portfolio was $581 per square foot. The peak in 2007 had been $555 per square foot. Barring any headwinds, Taubman said tenant sales could reach $600 per square foot by the end of the year.

The activity is being driven by interest from grocers and other large tenants. Regency Centers President and COO Brian Smith said the firm had 35 percent more meetings at this year’s ICSC RECon than last year and many were to discuss retailer expansion plans.

“We had nine meetings … with heads of real estate [of major retailers],” Smith said. “There was a lot of talk about development. All retailers with ambitious expansion plans are looking to development because there is none going on.”

There was much more discussion of redevelopment, expansion and renovation. Many REITs pursue this activity on an ongoing basis.

“We expect to send $2 billion to $3 billion on the existing portfolio—redeveloping, expanding, modernizing and adding … amenities,” said Simon Property Group Chairman and CEO David Simon during his presentation. “We started that a year-plus ago. Some of our peers are talking about starting that now, but we’re already well into that process.”

Others are taking a harder look at assets now—after spending much of the past two years concentrating on maintaining occupancies and incomes and working on repairing balance sheets. In general, REIT operators argue that the returns that can be generated on redevelopments and expansions exceed what can be gained from attempting new ground-up development or acquiring centers.

“As the economy is getting better and we have circumstances with a weak anchor and we can recapture a store, we are working on a number of things,” said Weingarten Realty Investors President and CEO Drew Alexander during his firm’s presentation. “It’s tough to quantify and say that it will be a tremendous amount of money (on redevelopment) in one fiscal year. … We are focused on redevelopment opportunities and think there will be some…. But the returns when we do will be fabulous.”

Developers Diversified Realty President and CEO Dan Hurwitz made a similar point during his presentation.

“[O]verall to go out and find new sites to provide growth opportunities for retailers [is difficult]. It’s much wiser to do that in redevelopment play,” Hurwitz said. “Those projects are zoned and entitled. And retailers are being flexible in their prototypes to accommodate redevelopment. … So we’re better off focusing on redevelopment than development.”

Michael Pappagallo, executive vice president and COO of Kimco Realty Corp., said during his firm’s session that returns on expansion, outparcel development and redevelopment can be in the double digits. “I think more than anything in the next three to five years, that’s where (growth will come) in the Kimco portfolio, especially as the company pares down to the 600 core assets in the portfolio,” Pappagallo said.

For additional themes, check the REIT Takeaways post at Traffic Court and for details on company presentations, check our the series of live blogs compiled at the show.