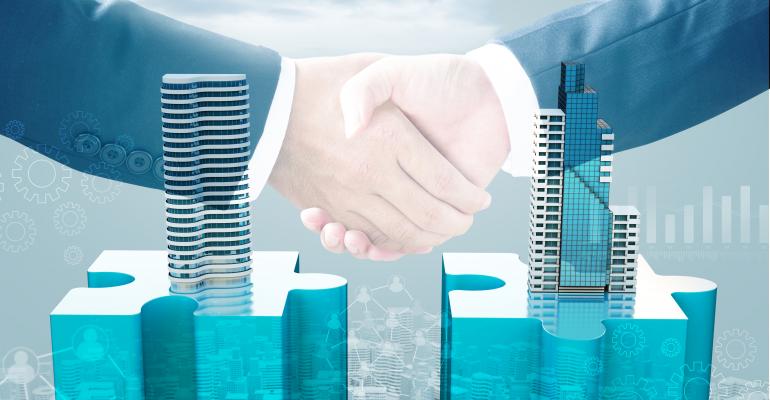 Negotiations between Toronto-based Brookfield and Forest City are ongoing and could still fall apart, said sources who asked not to be identified.

Negotiations between Toronto-based Brookfield and Forest City are ongoing and could still fall apart, said the people, who asked not to be identified because the matter is private. Other bidders may also emerge for the company, they said.

The Cleveland-based REIT traded up 3.8 percent to $23.95 at 11:53 a.m. in New York, giving it a market value of about $6.4 billion. The current price being discussed isn’t meaningfully higher than where the stock currently trades, though the valuation could still change, said one of the people.

Representatives for Brookfield and Forest City declined to comment.

Forest City said in September it was considering strategic alternatives to increase shareholder value, including a potential sale or merger, after being targeted by activist investor Land & Buildings Investment Management. Jonathan Litt, Land & Buildings’ founder, said in a letter in April that he believed Forest City would attract numerous bidders if it were to put itself up for sale. The activist investor has since sold his stake in the company, according to a regulatory filing in November.

Forest City, founded by the Ratner family in 1920, focuses on commercial and residential projects, including mixed-use developments, according to its website. The company built the New York Times headquarters tower on Eighth Avenue in Manhattan, as well as a Frank Gehry-designed residential tower on Spruce Street in lower Manhattan.