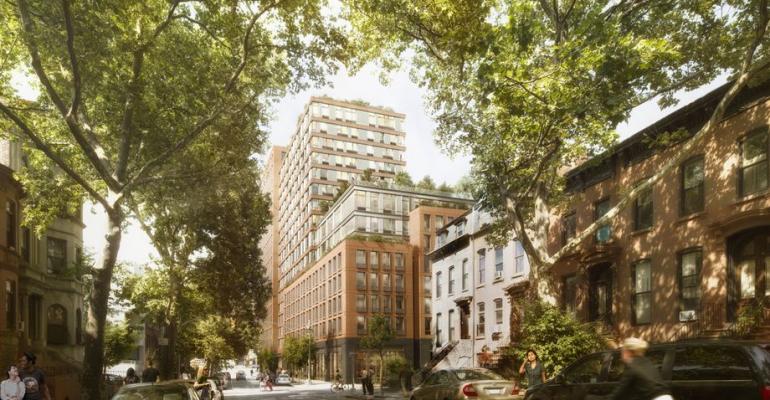 Jonathan Litt has been calling on Forest City to explore options including a sale of the company.

(Bloomberg)—Forest City Realty Trust Inc. would attract numerous bidders, including private equity firms and publicly traded landlords, were the company to put itself up for sale, activist investor Jonathan Litt said Tuesday in a letter to shareholders.

Litt has been calling on Forest City -- best known for Pacific Park, its 6,430-unit mainly residential project in downtown Brooklyn, originally known as Atlantic Yards -- to explore options including a sale of the company. The Cleveland-based real estate investment trust has so far refused to start a formal strategic-review process, Litt said in his letter. Litt’s Land & Buildings Investment Management LLC held 2.07 million Forest City shares, or almost 0.9 percent of the company, as of Dec. 31, according to data compiled by Bloomberg.

“Why do the board and management appear unwilling to explore all strategic options at this time, despite numerous parties likely interested in acquiring the company at a significant premium to today’s share price?” wrote Litt, whose firm often pressures companies it invests in to radically reform their corporate culture and governance. “We are highly confident that a formal strategic review process would produce indications of interest from credible private equity and public real estate investment trust buyers that could provide full value to shareholders.”

Forest City closed at $22.72 in New York trading yesterday. Litt said the company could attract bids of at least $27 a share, citing disclosures its executives have made.

The Ratner family founded Forest City in 1920, according to its website. Bruce Ratner is chief executive officer of Forest City Ratner Cos., the company’s New York City arm, which developed Pacific Park and formerly owned the Brooklyn Nets basketball team. It also built the New York Times headquarters tower on Eighth Avenue in Manhattan, and a Frank Gehry-designed residential tower on Spruce Street in lower Manhattan. James Ratner is the chairman of Forest City Realty Trust, which has office, apartments and retail properties in cities including Philadelphia, Washington, Los Angeles and San Francisco.

In his letter, Litt questioned whether the Ratners “simply don’t want to sell” Forest City. “Are the Ratners’ interests put above those of other shareholders?” he asked.

Litt was also critical of recent appointments to the Forest City board, Jamie Behar and Craig Macnab. Even if they are independent, the two are likely to be “outgunned” by Ratner appointees, he said.

In a statement yesterday, Forest City Chief Executive Officer David LaRue said the two new trustees would bring “fresh insights and viewpoints” to the board. Eight of the 13 board members will be independent, the company said.

Forest City is building the Pacific Park project with China’s Greenland Holding Group, which holds a 70 percent stake in it.