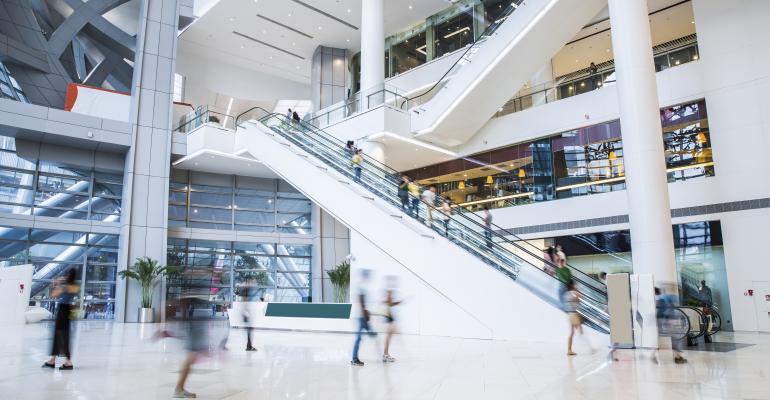 More than 75 percent of these mortgages have posted stable or improving cash flows since they've been underwritten.

Amid the steady stream of bad news about the retail real estate sector, CMBS analysts have found a glimmer of hope: mall loans originated in 2012 and underpinning $4.05 billion of CMBS deals are performing better than previous vintages and have better prospects for refinancing.

Low interest rates, healthy debt service coverage ratios and a robust economy have enabled more than 75 percent of these mortgages to post stable or improving cash flows since they were underwritten, according to an assessment from Morningstar Credit Ratings.

“We definitely saw lax underwriting standards come to an end when the current economic recovery started in 2011 and 2012,” says Steve Jellinek, vice president of CMBS research for Morningstar Credit Ratings. “Lenders were a lot more hesitant to make higher LTV loans, and they did not want to get burned again.”

This caution has paid off in the form of drastically lower than expected loan default rates. Only four of the mall mortgages, with a combined balance of $263.5 million, are in the hands of special servicers. Those loans might represent a loss of about $41 million. In the previous wave of closely watched retail loan maturities, about $57 billion worth of mall-related CMBS debt came due from 2015 to 2017. Loan defaults happened on 71 of those loans, representing about $4.4 billion in loan balances and a 50 percent loss severity, Jellinek notes.

However, the improved loan performance has come at the price of two important changes in the market—higher going-in debt yields for new financing, even in the case of centers that are well-operated, and the bifurcation in pricing between class-A malls and lower tier properties.

Recent transactions bear this out. For example, the Warwick Mall in Warwick, R.I. secured a 12.2 percent debt yield. The upscale Santa Monica Place in Santa Monica, Calif. had a debt yield of about 8.5 percent, and even that is a bit higher than it would have been had the landlord secured financing anywhere between 2006 and 2008, Jellinek says.

Lenders have become more selective about which mall mortgages to underwrite, largely due to the uncertainty surrounding the longevity of certain mall anchors and in-line retailers.

“Certain hurdles have to be met, such as… financing on a mall with $300 to $350 a foot in in-line sales is a tough transaction to get done,” says Jimmy Board, managing director with JLL Capital Markets.

Even though some retailers might have made it through several painful rounds of store closures, sometimes lenders still question whether they can keep their doors open and survive long-term, Board says. “You want to see … quality anchors that aren’t in the news on a daily basis due to the closing of stores.”

CMBS lenders also prize malls with high occupancy levels, 130 to 135 coverage on the net operating income (NOI) and a debt yield of 10 percent or better, he notes.

While the property’s trade area still matters, the quality of the tenant line-up matters more for debt underwriting purposes, at least for JLL Capital Markets, Board says.

For example, Board notes that he could purchase a retail center in Houston with a similar tenant line-up as one in Beaumont, Texas at a 6.5 percent cap rate or an 8.5 percent cap rate, respectively, and finance both properties at exactly the same interest rate.

“Now I’ve got 200 basis points of arbitrage, to create a much higher yield for myself and my investors,” Board says. “Investors are underwriting the credit quality of the tenants, not the location.”

Just as the current economic expansion started off tenuously and lenders had since been underwriting new mall loans more conservatively, industry analysts remain cautious about what is in store for the future. Opportunities still exist for investors to make smarter choices that generate the kind of arbitrage proceeds that Board describes.

The capital market for regional mall properties is going to be fluid, he says.

“The biggest risk is headline risk, as it pertains to national retailers,” he notes. “You would be better off knowing that Sears is going bankrupt than where we are now, where it is an unknown.”