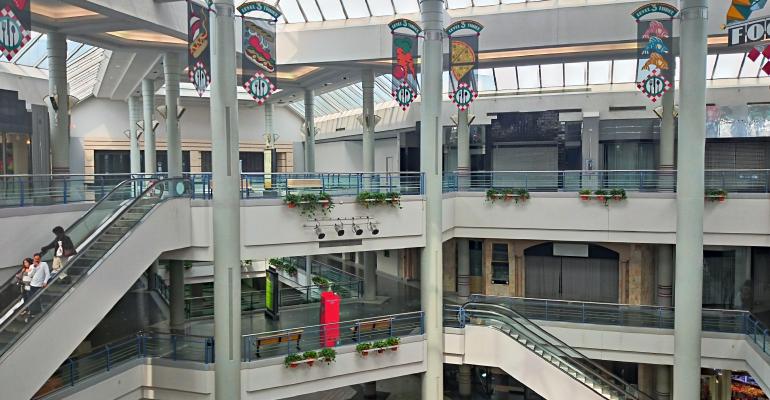 Big and Tall: The New Plan for Alexandria's Landmark Mall Is Coming Together

The Landmark Mall will undergo a nearly 6-million-sq.-ft. redevelopment, including the addition of office, hotel and entertainment space.

There are several years until any major construction activity occurs at Landmark Mall, but Alexandria and the mall’s owner are homing in now on the parameters that will guide the nearly 6 million-square-foot redevelopment.

The Landmark Mall replanning process was the subject of a third community workshop held Saturday, during which a series of draft recommendations were released and discussed over four hours. There is one more workshop planned for February before the scheduled Alexandria Planning Commission and City Council public hearings in April.

The 51-acre mall property, including the Sears — the only retailer that remains open on the campus — is now fully under the control of Howard Hughes Corp. Howard Hughes (NYSE: HHC) bought the Macy’s in early 2017, shortly before shuttering the mall.

The draft recommendations — some that date back to the start of the replanning process, others that were released Saturday — provide for a maximum 5.6 million square feet of development across the Landmark property. A minimum 20 percent of the uses are required to be commercial, to include office, hotel, retail, entertainment and institutional.

Buildings could rise as high as 250 feet, per one recommendation, and feature “distinctive design and materials to denote gateway locations and prominent vistas and provide a variety of height across the site.” The Washington Business Journal previously reported that Inova Health System is in talks to open a 25-story medical tower at Landmark.

The recommendations call for 3.5 acres of publicly accessible open space across the entire site and an urban transit hub onsite to serve as a stop and transfer point for multiple transit options. Streets are to be designed to support all users — pedestrians, cyclists, transit and automobiles — while the fly-over ramp from Duke Street into the mall property would be removed. Duke and North Van Dorn streets would be reconfigured.

As for residential, Howard Hughes and its partners would be provided bonus density to deliver affordable units in market-rate buildings, while the development process would set a target percentage of new onsite affordable units.

The Landmark redevelopment process is four steps. This first one, replanning, sets the general rules for the development. The concept plan and rezoning comes next with additional detail, followed by development special use permits by building or block, and then building permits. On Jan. 18, a concept plan was filed with Alexandria for the Landmark Mall.