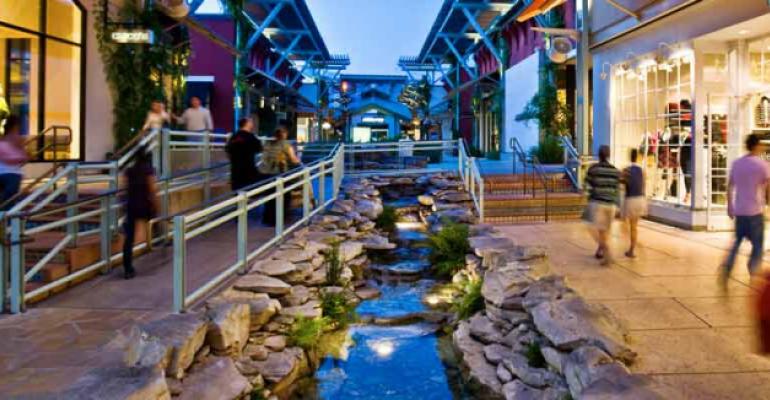 Brookfield's offer of $23 a share is a large discount to what GGP’s portfolio of high-end malls is worth, Wall Street analysts said.

(Bloomberg)—Brookfield Property Partners LP’s $14.8 billion offer for the portion of mall giant GGP Inc. it doesn’t already own is a low-ball bid that threatens property values across an industry that’s struggling in the age of e-commerce.

Brookfield -- which already owns 34 percent of GGP -- offered $23 a share, a transaction that values the landlord at $21.8 billion. That’s a large discount to what GGP’s portfolio of high-end malls is worth, Wall Street analysts said. Even Brookfield, as of Sept. 30, maintained that its stake in Chicago-based GGP implied a valuation of $26.5 billion. And on a conference call last month, Brookfield’s chief financial officer, Bryan Davis, said the shares were worth about $30.

The opening salvo by Brookfield, the real estate arm of Brookfield Asset Management Inc., may be just the first step in a protracted process that could draw additional bidders, and a substantially higher price. No one ever accepts the first offer, according to Alexander Goldfarb, an analyst at Sandler O’Neill & Partners LP.

“Brookfield needs to show that this is really a fair value for the company,” Goldfarb said in an interview. “They have to figure out a reason why $23 is fair. That bar is pretty high when you’re carrying it at $30.”

Still, GGP is in an awkward bargaining position after publicly announcing a strategic-review process in May, only to scrap it three months later in favor of pushing ahead with plans to renovate its centers by adding non-retail uses such as hotels, apartments and restaurants. GGP has been actively buying back shares as Chief Executive Officer Sandeep Mathrani vociferously denounces the prevailing narrative that America’s malls are dying.

The unsolicited $23-a-share bid is about 21 percent more than GGP’s closing price on Nov. 6, the day before Bloomberg News reported Brookfield had held discussions about taking the company private. GGP shares climbed above the offer price Monday, gaining 7.1 percent to $23.77 at 11:53 a.m. in New York.

Under the offer, GGP shareholders can choose either cash or Brookfield Property limited-partnership units in exchange for their shares, with Brookfield ultimately paying half its total purchase price in cash and half in units.

If GGP -- whose properties include Honolulu’s Ala Moana Center and the Fashion Show in Las Vegas -- were to accept anything close to the offer Brookfield has on the table, that would effectively signal that values for even the best malls have fallen significantly in the past 18 months. That could trigger a repricing for the entire segment, including other high-end mall operators such as Simon Property Group Inc. and Macerich Co., according to Jeff Langbaum, an analyst at Bloomberg Intelligence.

“If a deal happens at a price in this neighborhood, it completely resets the valuation of what high-end malls are worth,” Langbaum said.