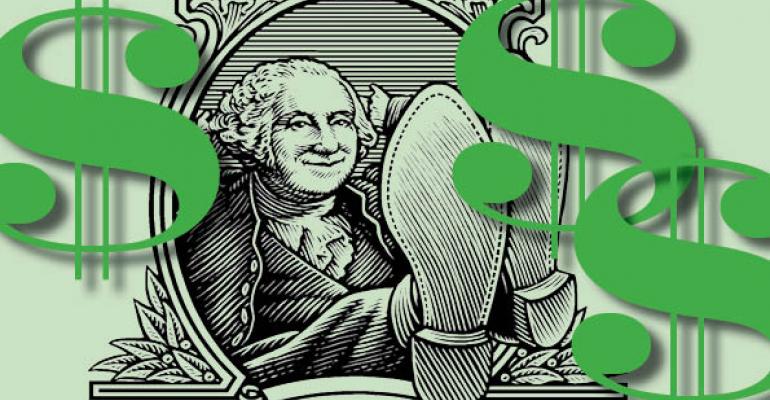 The expansive growth the dollar store segment has experienced over the past decade will likely continue for the next several years, according to management teams from the largest dollar store chains. With few exceptions, these chains are continuing to expand their store base, entering new markets and adding new locations. 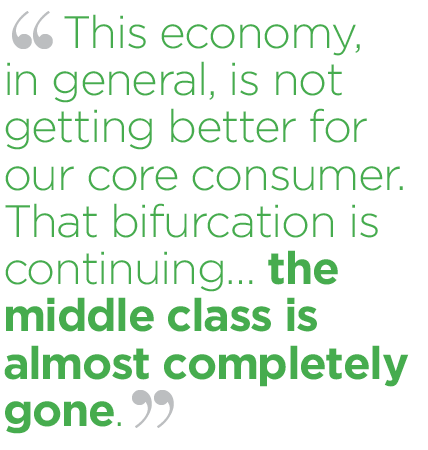 “This economy, in general, is not getting better for our core consumer,” Vasos noted. “That bifurcation is continuing… the middle class is almost completely gone.” He continued: “This economy—good or bad—is continuing to create more of our core consumer. We’re building stores today that we never would have looked in those areas five, eight, [or] 10 years ago. But those areas now—because of what’s going on with the economy over the last almost decade—that’s changed a lot of those areas and now it’s very conducive to put a Dollar General.”

Vasos pointed out that Dollar General’s core consumer is back to work, although likely underemployed compared to the period prior to 2007 through 2009. “The good news is that the core dollar store consumer has a little more discretionary income today, and she’s starting to spend more,” he said.

Within the dollar store category, each chain has found a way to differentiate itself. The bigger players—Dollar General, Dollar Tree, and Family Dollar—have outlined specific strategies that overlap minimally.

Dollar General, for example, is primarily concentrated in rural areas and sells goods at multiple price points. Shoppers in these areas don’t have access to other national discounters like Walmart unless they drive an hour or more.

Family Dollar, meanwhile, also sells goods at multiple price points, but it tends to gravitate toward urban locations. And Dollar Tree is a true “dollar store”—nothing in its stores costs more than a $1—and is primarily located in suburban and rural areas.

Dollar Tree, recognizing the minimal overlap between the brands, recently acquired Family Dollar. During Goldman Sachs 22nd Annual Global Retailing Conference, Dollar Tree CEO Bob Sasser described the brands as “complementary” and said that there’s significant growth ahead for both brands. With the acquisition, Dollar Tree becomes a $19 billion company with more than 13,000 stores in 48 states and Canada. 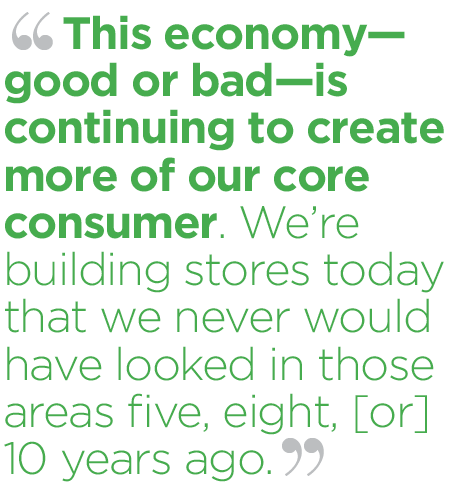 However, Dollar Tree has decided to temporarily scale back Family Dollar’s expansion until it can “figure some things out,” Sasser said, adding that Family Dollar’s new stores aren’t hitting an acceptable return hurdle.

“We’re still going to do a couple hundred [new stores], but we’ve pulled back substantially,” Sasser said. He doesn’t expect the brand to start expanding again until 2017 or 2018.

Dollar Tree has already made some changes to Family Dollar’s existing store base. After evaluating the performance of each Family Dollar, it launched a re-bannering strategy for Family Dollar’s lowest performing stores, according to Sasser. So far, more than 50 Family Dollars have been re-bannered as a Dollar Tree, and the chain expects to re-banner 150 stores by the end of October and then pick up again in first quarter 2016.

During the second quarter, it opened 141 stores and relocated 40. It’s currently in the process of opening or relocating 75 stores.

“Dollar Tree continues to increase their store count at the same pace as they were during the recession,” says Scott Burns, an executive vice president and retail brokerage lead for JLL in Los Angeles. He says his team continues to open, on average, 30 new stores annually in Southern California for the chain.

The chain has a very robust store opening pipeline. This year, it plans to open 730 new units, and it’s targeting about 900 new units next year. On average, it generates a return of 20 percent on new store and accomplishes a less than two-year payback.

Dollar General has a new store prototype—one that is noticeably different from existing stores. “[Customers] will definitely see a difference as they walk in the store,” he said. “The checkout area is a big, big difference and a departure from where we’ve been, but really is consumer-centric.”

Though the Internet has had a tremendous impact on the retail industry overall, the impact to the dollar store segment has been minimal, experts note. 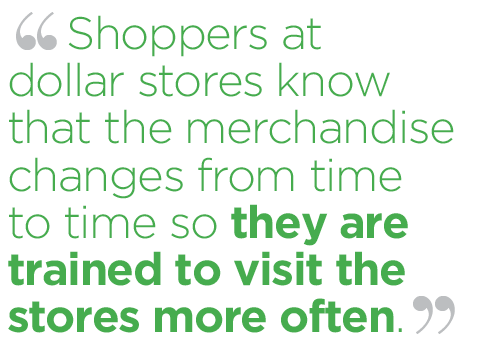 Burns points out that the primary reasons people shop online are convenience and discounted prices. Selection also is a factor. “We are not seeing the type of concern from our dollar store clients as we are traditional retailers,” he says. “Shoppers at dollar stores know that the merchandise changes from time to time so they are trained to visit the stores more often.”

Randy Blankstein, president of The Boulder Group, says dollar stores offer a convenient experience for shoppers that can’t be replicated by online shopping, especially in small towns. “In smaller towns they represent one of the few places that shoppers can obtain goods available at dollar store prices that would have been accessible before only by longer travel previously,” he says.

That’s one reason why dollar stores will continue to generate demand from all investor classes. Blankstein says they remain one of the only viable alternatives to QSR restaurants with long-term triple net leases priced below $2 million.

Cap rates within the single tenant net lease dollar store sector were 6.5 percent during the second quarter, a 50-basis-point compression compared to the same period last year, according to The Boulder Group.