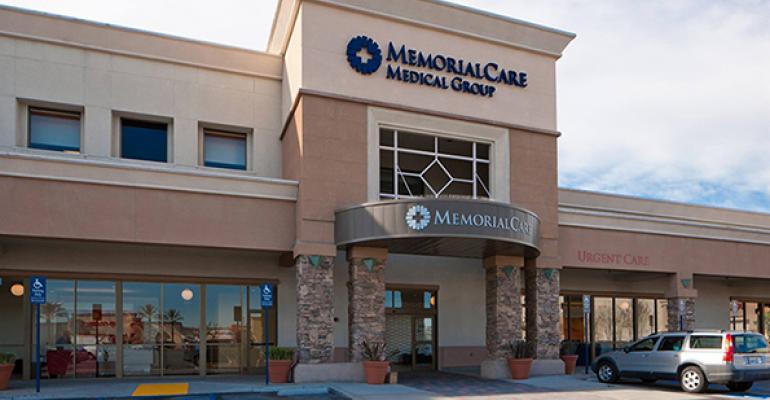 As health care becomes more patient-focused, many providers have moved into retail space to become more accessible and convenient. But property owners who expect to backfill empty massive big boxes with health care tenants will probably be disappointed, experts warn.

“You occasionally hear about a big health care system taking 100,000 or 200,000 sq. ft. in a mall or shopping centers, but those instances are rare,” contends Garth Hogan, executive managing director of NGKF Global Healthcare Services. He adds that the more typical scenario is a provider leasing 20,000 sq. ft. for a multi-specialty clinic and imaging center or 2,500 sq. ft. for an urgent care clinic.

“I think big-box conversions will continue to be the exception rather than the rule,” says John J. Pollock, COO of San Ramon, Calif.-based Meridian Property Co., a full-service developer and owner of medical real estate. “During the downturn, when many of the big boxes were going dark, it was tempting from a cost perspective to consider converting these into medical centers. Unfortunately, it just isn’t practical.”

Healthcare in the community

There are a lot of synergies with retail and healthcare, according to John Wilson, president of HSA PrimeCare. “Health care providers want to be out in the community where their patients are, and that drives them to more of a retail mindset,” he says. “It’s the location that the medical user is interested in, not the space itself.”

Expanding health care from hospital campuses into the community is known as an ambulatory strategy plan, explains Hogan. He represents some of the largest health care tenants in the nation, many of which are looking to establish locations in densely populated neighborhoods.

“We try to find an existing space because it gives you speed to market,” Hogan says. “Retail space can be a great option, but it really has to be the perfect fit in terms of building size and neighborhood demographics. Is the community growing? Is there a good payer mix?”

Hogan says most of his clients aren’t interested in big boxes. “They’re just too big,” he explains. “And that kind of defeats the purpose of being accessible and convenient.”

Pollock agrees. “The depths of the store make it challenging to provide attractive spaces,” he says. “You end up with lots of hallways, rooms with no windows, and it can feel a little like a maze.”

Smaller boxes—those measuring less than 50,000 sq. ft.—are more viable options for health care tenants than those with a massive footprint.

Hogan represented Memorial Care in a deal with Clarion Advisors to take 40,000 sq. ft. formerly occupied by Borders Books & Music in Orange County, Calif. “They wanted something convenient with great curb appeal, and we could not find anything to accommodate them,” he recalls. “We looked for a year and a half until the Borders space became available.”

He says the two-story space was too big for smaller retail tenants, and too small for larger users. But it was perfect for Memorial Care, and Clarion was aggressive with negotiations to bring the health care system to its center. Today, the former bookstore houses more than 20 specialty physicians, plus a primary care clinic and imaging.

The project is a pilot test of a medical-home model that JPS could roll out over the next decade. JPS potentially could consolidate its other 15 primary-care clinics into three other medical homes spread across Tarrant County, Texas.

In tight urban markets, health care developers are getting creative. Meridian, for example, is currently working on a project that involves tearing down a 1930s-era theater in downtown Oakland, Calif., and reconstructing the building with the same architectural character, while meeting current codes to provide a healthcare clinic in the downtown retail core.

Similarly, HSA Primecare demolished a 10,000-sq.-ft. Plunkett Furniture store in River Forest, Ill., and built a new urgent care center for Loyola Gottlieb. Wilson says the health care firm had searched for years for a good location and jumped on the opportunity to acquire the vacant furniture store.

“We went through an evaluation process and looked at retrofitting the existing building, but it would have been more costly than building new,” he explains.

Beyond retail space, Pollock is bullish on the conversion of office buildings to medical. His firm is currently in the process of converting a former office building in Rohnert Park, Calif., into medical center for Petaluma Health. The building, which had a price tag of $7.5 million, requires nearly $5 million for its conversion.

“The proliferation of health care into the communities challenges developers to come up with creative and affordable solutions,” Pollock says. “It is truly a unique time.”