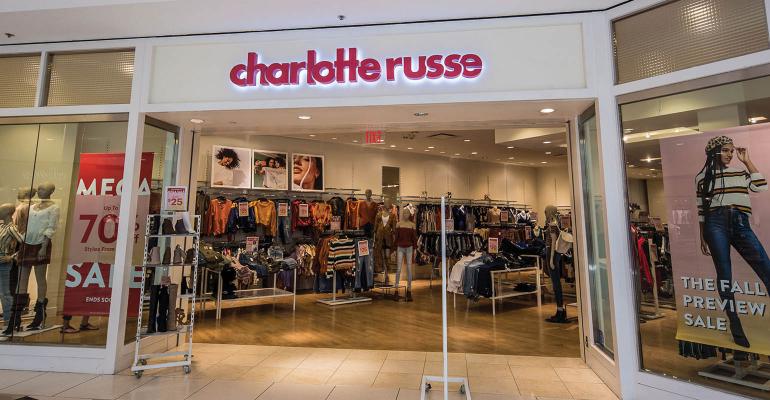 Charlotte Russe plans to close all of its 416 locations.

Yet another mall-centric fast-fashion retailer is shuttering all of its stores, leaving vacancies in nine Houston-area malls.

Charlotte Russe, which filed for Chapter 11 bankruptcy protection in early February, plans to begin liquidation sales immediately and close all 416 locations, which are in 44 states and Puerto Rico. The company's online store has also closed, according to its website.

When Charlotte Russe filed for Chapter 11 in February, the company had said it planned to close 94 stores — but none in Houston. The retailer had over 500 locations at the time.

The chain had hoped to find a buyer but wasn’t able to secure a “rescue offer” ahead of a creditors’ deadline, according to the Wall Street Journal. A bankruptcy court judge on March 6 approved Charlotte Russe’s request to sell its assets, excluding intellectual property, to liquidator SB360 Capital Partners, the report says.

Per its website, Charlotte Russe had locations in the following Houston-area malls:

Several retailers — including many primarily found in malls — have had to file for bankruptcy protection in recent years. One recent high-profile example is Sears Holdings Corp., the 126-year-old parent company of Sears and Kmart stores. Sears Holdings Corp. Chairman Eddie Lampert won a January bankruptcy auction for the retailer with a $5.2 billion bid that will keep more than 400 stores open and save nearly 50,000 jobs.

Also in January, Gymboree Group Inc. filed for Chapter 11 bankruptcy protection for the second time in two years. The company will close all of its Gymboree and Crazy 8 stores and operations but hopes to sell off its Janie and Jack business and the intellectual property and online platform for Gymboree. Payless ShoeSource Inc. also filed for its second bankruptcy in two years last month and plans to close all of its 2,000-plus stores, including around 50 in the greater Houston area.

Fast-fashion shops like Charlotte Russe also have been particularly hard hit by declining mall traffic and competition from e-commerce.

Diana Barr of the St. Louis Business Journal also contributed to this report.