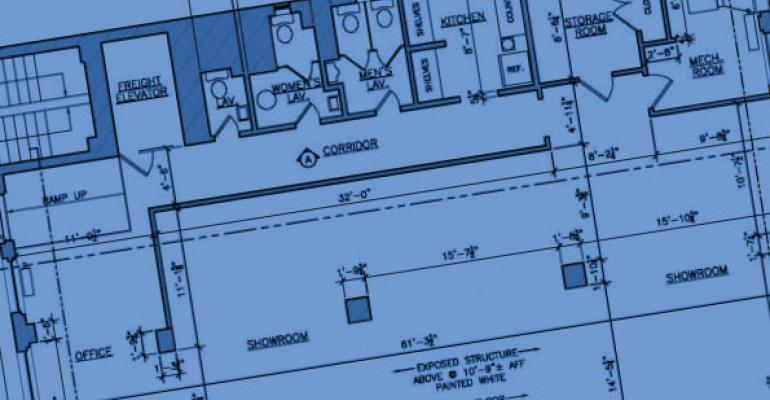 Retailers across the nation are rightsizing their bricks-and-mortar stores, driven by several factors, including omni-channel, showrooming, improved inventory management and the desire to expand into urban environments.

It’s not just big box tenants that are reducing their square footage; it’s also smaller fashion tenants. For these retailers, rightsizing their stores translates into less square footage, and that requires developers and owners to re-evaluate their development and leasing strategies.

Retailers have always, to some degree, rightsized their stores, according to David F. Collins, executive vice president of portfolio management for InvenTrust Properties Corp. But in the last few years, more technology tools have been developed to assist retailers with making their spaces productive. For example, retailers now have access to real time counts of merchandise/inventory, foot traffic, and sales. In addition, warehouse proximity to merchandise, along with the proliferation of next-day delivery to customers’ homes and stores also is affecting store size.

Stephen Coslik, chairman of The Woodmont Co., attributes big-box rightsizing by retailers like Best Buy and Staples to omni-channel retailing and showrooming. At the same time, chains Petco, Walmart and Target have rolled out smaller concepts to fit into the limited space available in urban environments. Their larger, traditional footprints aren’t feasible in these locales, Coslik points out.

Similarly, retailers that want to expand into smaller markets are utilizing smaller format stores. There’s still a need for the products they offer, but not for a full-size store, Coslik adds.

As traditional power center tenants like Target and Kohl’s dial back their store openings, and other power centers tenant downsize too, developers are responding by reducing the square footage of their new centers.

Previously, the average power center site plan would offer 300,000 to 400,000 square feet of retail space. Today, the site plan has shrunk by 25 to 50 percent, Coslik says. But it’s not just retailer space requirements that are driving the reductions in shopping center sizes; it’s also the fact that many developers are pursuing infill sites that can only accommodate smaller centers, or they’re redeveloping existing centers with limited space.

The impact of retailer rightsizing isn’t limited to new centers, either. Many retailers are working with owners to reduce the size of existing stores when their leases are coming up for renewal.

Collins says InvenTrust Properties considers the rightsizing of retailers’ stores to be an opportunity, allowing the company to work with it tenants to increase sales productivity in their spaces. The benefits extend to InvenTrust, as well, since it can then offer additional space in the centers to retailers that want to expand or enter the market.

“Often the market rent for those smaller spaces is greater than the rent that was being charged on the larger box space, so the situation is a win-win for the landlord and the tenants,” Collins notes.

Rightsizing can also include expanding a store’s footprint, experts note. Coslik points to retailers such as H&M and Zara, which are increasing their store concept footprint.