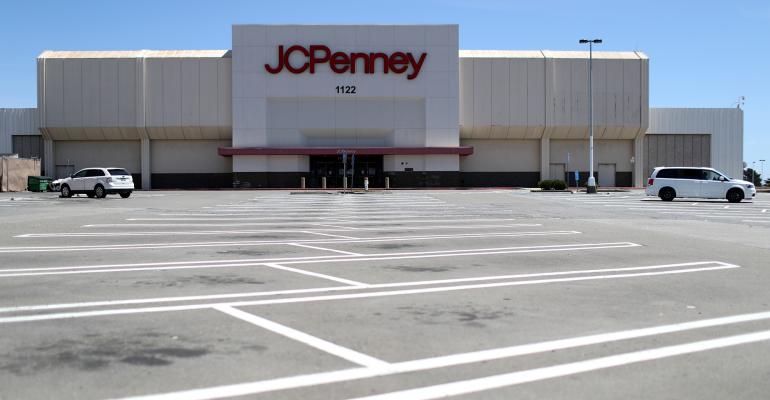 The virus wasn’t the only cause of the chain’s bankruptcy. For years, the chain suffered from too much debt and lackluster sales.

(Bloomberg)—The JCPenney department store chain is back -- smaller but more solvent -- just in time for the holiday sales extravaganza and the worst of the coronavirus pandemic.

The chain completed its previously announced sale of the retail operations to Simon Property Group Inc. and Brookfield Asset Management Inc., according to a Monday statement. It’s the first step in a process that splits JCPenney into two parts, an operating company led by its mall landlords and a property company owned by its lenders.

The operating company has been freed from Chapter 11 bankruptcy court supervision. The property group will need until sometime in next year’s first half to finish getting organized, JCPenney said.

“We have always been firm believers in JCPenney, and are very pleased to help preserve this iconic institution and save tens of thousands of jobs,” David Simon, chief executive officer of the self-named property company, said in today’s statement.

The retailer is still led by Chief Executive Officer Jill Soltau, who was hired in 2018 and was in the middle of crafting a turnaround plan when Covid-19 broke out this year and shut the stores. By mid-May, JCPenney was bankrupt.

But the virus wasn’t the only cause. For years before, the chain had suffered from too much debt and lackluster sales as shoppers defected to specialty stores and online merchants. The court-supervised reorganization gives Soltau a second chance to see if her plan works.

“The brand still has value and Soltau’s initiatives are on the mark to improve results,” said Poonam Goyal, who follows the retail industry for Bloomberg Intelligence, in an interview before the announcement. “Debt was its biggest issue, so if it can start with a clean slate, the retailer can find ways to reclaim itself.”

The turnaround likely includes shutting or shrinking some stores, Goyal said. Capital expenditures were cut significantly to preserve cash, but now spending needs to accelerate, especially on digital, she said via email.

Stability rather than growth may be the best Soltau can achieve, according to Jan Rogers Kniffen, a former department store executive and founder of the consulting firm that bears his name.

“They’ve certainly lost a lot of market share already and will continue to shed more,” Kniffen said before the announcement. “It all makes sense, I just don’t see this changing the real fate of JCPenney as someone who is shrinking in relevance to the customer. That doesn’t mean they can’t stabilize, manage the business and operate it.”

A lot of retailers big and small won’t have that chance. Among the casualties that closed for good were Stein Mart, Stage Stores, Pier 1 and Art Van Furniture, making the survival of chains like and Neiman Marcus Group and JCPenney more remarkable.

“All the data suggests that when a retailer files for Chapter 11, it is more likely than not that the case ends in a liquidation,” Josh Sussberg, the Kirkland & Ellis bankruptcy lawyer representing JCPenney , said during a Nov. 24 court hearing. Given the pandemic shutdown and cash burning away at about $50 million per month earlier this year, Sussberg said, “Chapter 11 was not simply an option -- it was the only way this company could potentially survive.”

The outcome also benefits the mall owners buying the operating company, according to Kniffen.

“They basically got a low-cost option on what they can do with all those JCPenney properties,” he said, and it’s good for the other retail tenants, too. “If you’re in that mall, you’re certainly better off with JCPenney operating than with a dark box.”

Vendors also stand to gain. “I’m sure suppliers are happy that there is a still this big customer to sell into in the future, but there are still concerns about the credit profile of the go-forward company,” said Dennis Cantalupo, who runs Pulse Ratings, an independent credit-rating and consulting firm. “There’s the question, have they fixed enough of their problems?”

--With assistance from Eliza Ronalds-Hannon.