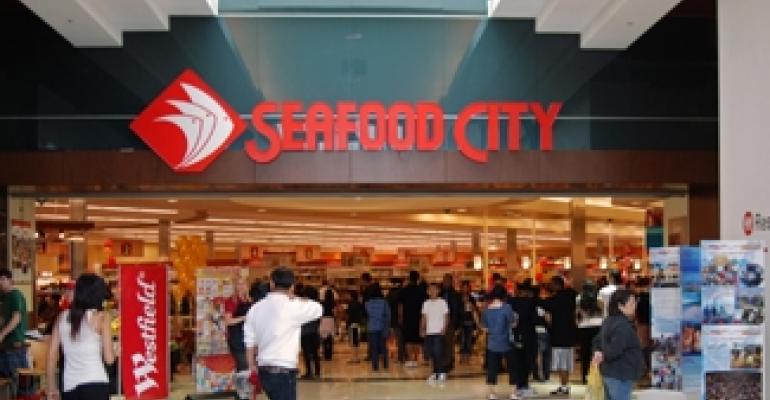 The next step in the evolution of regional malls is actually a blast from the past as supermarkets—a staple in the early days of the sector—are making their return.

This month, Australian mall owner the Westfield Group announced it signed German supermarket operator Aldi to its Westfield Chicago Ridge property in Cook County, Ill. The deal is the latest in a string of Westfield leases with supermarket chains and grocers, as well as several transactions with warehouse club Costco. There are also supermarkets and warehouse clubs now operating at or near malls owned by the Macerich Co. and Taubman Centers Inc.

Industry insiders say the trend is likely to spread similar to the way mall operators in the past added restaurants and movie theaters to the mix. In addition to generating regular traffic, supermarkets can fill vacant spaces left by closed department stores or other large tenants. Meanwhile, from a grocer’s perspective, taking space at regional malls may be the only way to penetrate densely populated areas with high barriers to entry.

“It’s an excellent strategy,” says Jeff Green, president of Jeff Green Partners, a Phoenix-based retail real estate consulting firm. “It’s a way to lease space to somebody who generates a lot of traffic on an ongoing basis. And because the mall pulls people from a greater distance [than a shopping center], it’s now seen as a pretty good place for food stores to locate.”

In the early days of regional malls, supermarkets and farmers markets were not an uncommon sight as either standalone tenants or as a part of department stores. But in modern times supermarkets gravitated away from regional malls. Malls charge higher rents than shopping centers, which made the sector less appealing for grocers, says James C. Bieri, president and CEO of the Bieri Co., a Detroit, Mich.-based retail real estate consulting firm.

In today’s environment, however, landlords have become more willing to negotiate on deal terms, both because they are trying to fill vacancies created by department store bankruptcies and consolidations and because they need tenants that are traffic drivers.

While people visit a mall about once a month, they tend to shop for groceries at least once or twice a week, according to Green and others. Westfield reports that in the three weeks since it opened a Seafood City Supermarket at its Westfield Southcenter in Seattle, Wash., foot traffic to the center increased 26 percent.

Supermarket chains are notoriously hard negotiators; when they take over department store spaces and become de facto anchors they can ask for the same terms as department stores do, says Bieri. That might include lower rates, free rent and CAM charges that are considerably below those paid by inline tenants.

In addition, master-planned communities and mixed-use centers have sprung up around regional malls in recent years. That bolstered residential bases within three miles of some malls, giving the properties a large enough customer base nearby to make them attractive to supermarket operators, says Cynthia Groves, senior managing director with real estate services firm Newmark Knight Frank. In contrast, regional malls located off remote interstate highways are not good fits.

The combination of these factors is starting to change the regional mall landscape. Previously, there were some malls operating with supermarkets on site, such as Taubman Centers’ Mall at Partridge Creek in Clinton Township, Mich., which boasts a 53,000-square-foot Nino Salvaggio Gourmet Marketplace. But that store was already in place when Taubman started developing the mall. Though the combination helps drive shopper traffic, according to Taubman’s spokesperson, the partnership was accidental, not the result of a concerted leasing effort.

In Westfield’s case, however, the entrance of Aldi and others is the result of a conscious long-term strategy.

Westfield decided to pursue supermarkets as a way to repurpose empty department stores, while at the same time diversifying its tenant base, according to a company spokesperson. The firm started on this course in the mid-2000s, when it began leasing former Montgomery Ward spaces to Target. The 44,000-square-foot Seafood City at Westfield Southcenter is located in a space that used to belong to Mervyns.

Aldi’s lease at Westfield Chicago Ridge represents its first ever location at a regional mall. The chain operates smaller locations—averaging 17,000 square feet—than other grocers. As a result, Aldi might be too small to fill vacant department store digs for some owners. But it could help fill inline vacancies, according to Green. Costco, on the other hand, with an average store size well over 100,000 square feet, is a perfect candidate to take over dark boxes.

At the moment, Costco has eight stores located at regional malls, in addition to three upcoming leases with Westfield, according to David Messner, vice president of real estate with the chain. For instance, it operates locations at Macerich-owned Paradise Valley Mall in Phoenix and Lakewood Center in Los Angeles. Costco initially started to pursue the strategy as a way to expand in infill markets.

“A lot of places are completely built out, so if we can get second generation space at a mall, they’ve got the parking and the infrastructure we need; it’s a good way for us to get in,” Messner says. “We’ll go where the department store was, knock down whatever was there and build our prototypical building.”

Messner notes that regional mall transactions often require securing other tenants’ consents and a few other formalities that would not be in play at shopping center locations, but the terms of the deals themselves are roughly the same. Brokers confirm that landlords eager to bring in new anchor tenants tend to be very accommodating.

However, Green cautions mall owners against chasing just any type of supermarket tenant in an effort to capitalize on the new trend. A mall is a somewhat inconvenient environment to shop for groceries because of parking and access issues, he notes. In order to give people a reason to buy their groceries there, the mall supermarket has to have a point of differentiation. Aldi, for instance, is known for its low prices. Seafood City caters to Asian consumers with products they may not be able to find elsewhere. And Nino Salvaggio, the store near Taubman’s Mall at Partridge Creek, is an upscale, gourmet grocer.