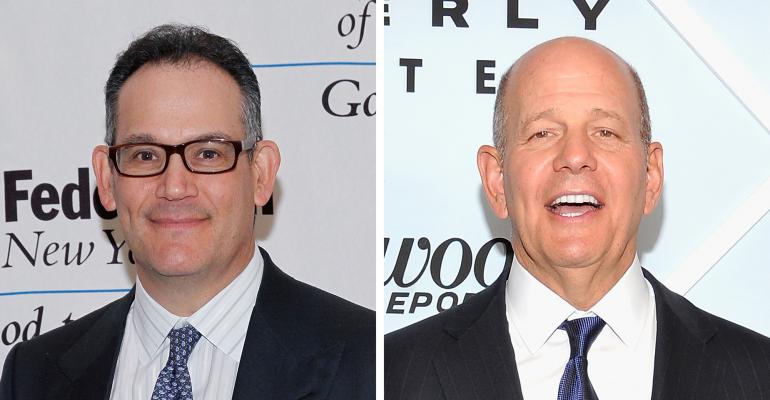 The companies agreed to a modified buyout that had Simon pay $43 in cash for each Taubman Centers share.

(Bloomberg) -- Simon Property Group Inc. has reached a deal to buy rival mall owner Taubman Centers Inc. at a lower price than the companies agreed to in February, avoiding a courtroom battle over the failed deal.

The companies agreed to a modified buyout that had Simon pay $43 in cash for each Taubman Centers share, down from the original offer of $52.20 a share for Taubman made just before the coronavirus began sweeping across the U.S.

Under the terms of the revised deal, Taubman won’t declare or pay a dividend on its common stock prior to March 1, 2021, and then, only subject to certain limitations and conditions. The companies have also settled their pending litigation, according to a joint statement Sunday.

The settlement was announced just hours before a trial over the imploded buyout was slated to start in state court in Michigan. Judge James Alexander in Pontiac, Michigan would decide whether Taubman could force Simon to consummate the acquisition or whether the Indianapolis-based mall operator had proper grounds to pull the plug on the deal.

In June, Simon walked away from its initial $3.6 billion offer for Taubman and sought in court to have the transaction terminated. Many analysts speculated the move was a negotiating tactic to get a better price for the deal.

Simon argued it had legitimate grounds to scrap the buyout because Taubman’s revenue suffered a “material adverse effect” and the company didn’t take proper steps to mitigate damage from the pandemic. Bloomfield Hills, Michigan-based Taubman countersued, saying its rival was legally obligated to complete the transaction and that it had taken some of the same steps as Simon to address the fallout from Covid-19.

The deal is now expected to close in late 2020 or early 2021. Taubman shares have fallen 6% since March, while Simon shares are down 36%.

At the end of a pre-trial hearing Friday, Alexander hinted settlement talks between the parties were heating up. “See you Monday unless things happen over the weekend,” the judge told lawyers for both companies.

The settlement joins a number of recent accords struck over deals whose value was hammered by the fallout from the Covid-19 outbreak in the U.S. Last month, Tiffany & Co. agreed to drop its suit seeking to force LVHM to fulfill promises to acquire the jeweler after the French handbag maker agreed to a $425 million price cut, valuing the new deal at about $16 billion. LVMH cited concerns about the coronavirus’ effect on Tiffany’s business for trying to cancel the acquisition.

Comtech Telecommunications Corp. and Gilat Satellite Networks agreed last month to call off their $532 million merger just before a trial over Comtech’s claims Gilat’s business suffered a “material adverse change” due to the virus. Comtech -- the would be buyer -- agreed to pay Gilat $70 million in a settlement of claims over the failed deal.

--With assistance from Jef Feeley.