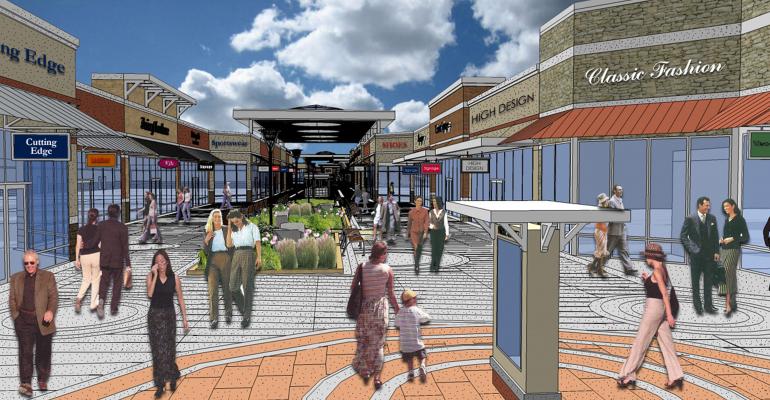 Taubman Centers Climbs After Elliott Is Said to Build Stake

Elliott has held discussions with the company and is urging it to explore being taken private, among other options, sources report.

(Bloomberg)—Shares of Taubman Centers Inc. climbed as much as 6.7 percent Tuesday after Elliott Management Corp. amassed a position in the mall owner, according to people familiar with the matter.

Paul Singer’s Elliott plans to push for changes at the company including a potential sale, said the people, who asked not to be identified because the matter isn’t public. Shares were up 4.3 percent to $56.11 at 9:45 a.m. in New York, valuing Taubman Centers at about $3.4 billion.

Elliott has held discussions with the company and is urging it to explore being taken private, among other options, said the people. The New York-based hedge fund has built a sizable stake in Taubman Centers but remains below the 5 percent threshold that would require it to disclose to regulators, one of the people said.

Taubman Centers has already been targeted by Land & Buildings Investment Management, the activist fund run by Jonathan Litt. Land & Buildings has said the mall owner needs to cut costs or consider putting itself up for sale. In June, Litt lost a proxy fight at the company, failing in his effort to replace Taubman’s chairman and chief executive officer, Robert Taubman, and lead director Myron E. Ullman III.

Earlier this month, the company said it had appointed two new independent directors, among other measures aimed at enhancing its governance.

Bloomfield Hills, Michigan-based Taubman Centers operates 24 malls across the U.S., including high-end destinations such as the Mall at Short Hills in New Jersey and Beverly Center in Los Angeles. Its shares have fallen more than 27 percent this year through Monday’s close, underperforming the Dow Jones Equity REIT Total Return Index, which gained 10 percent over the same period.

Singer has been one of the busiest activists in 2017, targeting the world’s biggest mining company BHP Billiton Ltd. and taking on Warren Buffett in the takeover battle for Sempra Energy, Texas’s largest electricity distributor.