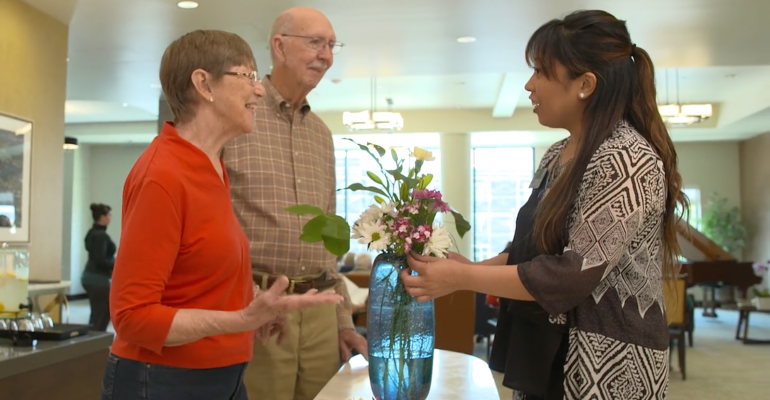 NYC's Related Cos. Sees Future in $3 Billion of Senior Housing

Related Cos. wants to add luxury seniors housing high-rises to its development pipeline over the next five years.

(Bloomberg)—Related Cos. has built luxury condos and hotels across the U.S. and is remaking Manhattan’s far west side. But executives at the developer decided something was missing from the portfolio: senior housing.

That’s about to change.

New York-based Related plans to build $3 billion of luxury senior high-rises over the next five years, in the same pricey urban areas where it has rentals and condominiums. A joint venture with management company Atria Senior Living will begin construction next year, with a project in Manhattan and one in San Francisco, according to Bryan Cho, the executive vice president at Related overseeing the initiative. After that, they plan to start about two new developments annually in cities such as Boston, Los Angeles, Miami and Washington.

“This is a natural extension and evolution of servicing our core customer,” Cho said in an interview. “The average customer in our luxury residential portfolio is entering that phase of life where they’re increasingly looking for a solution for their parents.”

The venture is also a bet on demographics. As the baby-boom generation ages, the U.S. population of 80-somethings will swell, reaching its highest point in history within a decade, according to John Moore, chief executive officer of Atria. Those seniors are living longer and accustomed to residing in urban areas, where there aren’t a lot of options for people needing assisted living or memory care, he said.

“There continues to be a severe shortage of high-quality urban senior-housing options throughout the country,” Moore said.

The senior projects, with about 150 to 250 units each, would all be centrally located in their respective cities, with easy access to cultural attractions and public transportation -- the same components that Related looks for when deciding where to build an office or apartment tower, Cho said. The buildings would devote a portion of units -- as much as 25 percent -- to serving patients with cognitive issues such as Alzheimer’s.

All will have amenities that include spas, a beauty salon and fine-dining restaurants. Monthly rent, covering the cost of a room, medical care and meals, hasn’t been determined, Cho said. It’s not covered by insurance, which means residents would pay out of pocket.

The venture marks another move by major investors into the new niche of luxury senior living. In Manhattan, developer Hines and Welltower Inc., the largest publicly traded senior-housing landlord, are building a 16-story tower at the corner of 56th Street and Lexington Avenue that will have uniformed doormen, marble bathrooms and care staff that can also book tickets to Broadway shows. Maplewood Senior Living and Omega Healthcare Investors Inc. are developing a 23-story project on the Upper East Side that promises residents farm-to-table dining, a spa and a movie theater.

There will be plenty of residents to fill the new towers, according to Moore.