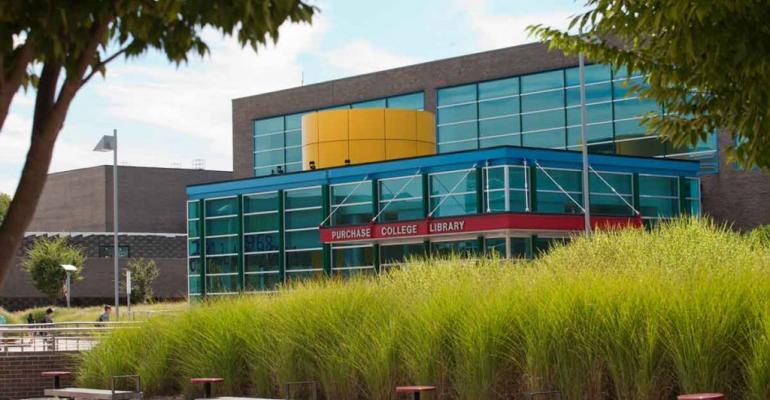 Later this month, a non-profit organization affiliated with Purchase plans to sell $14.5 million in unrated tax-exempt notes to begin development of a 385-unit retirement community.

(Bloomberg)—A growing number of retirees are opting to spend their Golden Years living close to a university campus. Or, in the case of Purchase College, on it.

Later this month, a non-profit organization affiliated with Purchase plans to sell $14.5 million in unrated tax-exempt notes to begin development of a 385-unit retirement community on its 500-acre campus. Known as Broadview, the community is on a 40-acre parcel near the college’s performing arts center and Neuberger Museum of Art.

The project will include a “learning commons" with classrooms, studio and performance spaces. Residents and students at the college -- part of the State University of New York system based in Westchester County, 25-miles north of New York City -- can use the space for lectures, seminars and performances.

Residents will “be involved in the museum and the performing arts center, they’ll be mentors to our students," said Purchase College President Thomas Schwarz, in a telephone interview. “We have people from the academic side designing courses that are inter-generational. We really want it to be integrated."

Broadview is the latest publicly-financed development to capitalize on demand from retirees to live in communities near universities where they can take classes, attend art exhibits and sports events and maintain a connection to their alma mater. Developers have built senior communities near the University of Texas, the University of Florida, Cornell University, Dartmouth College, Oberlin College, Duke University and Penn State, among others. Lasell College in Newton, Massachusetts has an on-campus retirement community called Lasell Village.

Last year, about $2.4 billion of tax exempt bonds were sold solely for new senior living communities, the most since 2007, according to data compiled by Bloomberg. This year developers have sold about $730 million solely for projects, mirroring an overall decline in municipal market issuance.

Purchase Senior Community, Inc will use proceeds of the five-year notes to pay for designs, marketing and preliminary construction costs. The community plans to issue more than $300 million in tax-exempt debt around 2020 to complete the development.

"We wouldn’t put it on fraternity row," said Andrew Nesi, an executive vice president at HJ Sims & Co, which is managing the deal. “It’s in a beautiful part of the campus."

The typical senior community requires about $20 million of seed capital to get to the financing stage, Nesi said. Investors will get a leasehold mortgage on the property allowing them to take over the project if the owners default.

Planning for the senior community has been in the works since 2004. New York state passed legislation in 2011, authorizing a 75-year ground lease to the development. Purchase will receive $2 million annually in rent, increasing 10 percent every fifth year through the 71st year of the lease, and $8 million annually for the final five years.

The college is also entitled to additional rent depending on performance of the project. State law requires 75 percent of rent to go to student financial aid, and 25 percent to support the faculty.

“It can be lucrative for the college because of those lease terms," Nesi said.

Purchase, a liberal arts college with 4,200 students, doesn’t have graduate programs in science and technology that can attract grant money. What the college does have is a history of seniors who audit classes, Schwarz said. It also has a professional and conservatory arts programs in visual arts, music, dance and media.

The first phase of the development includes 220 independent living units, 18 assisted living suites and 12 bedrooms for patients with Alzheimer’s or dementia. The college estimates it will open in 2021.

Broadview will also have market rate "villas" and single family homes with entrance fees from $1.5 million to $1.9 million, and monthly fees between $8,500 to $9,900. Residents who leave, or their survivors, receive 90 percent of the entrance fee back when a new tenant moves into their unit.

The median sales price for a single family home in Westchester was $607,000 in the first quarter of 2018, according to a report by appraiser Miller Samuel Inc. and brokerage Douglas Elliman Real Estate. In the White Plains area near Purchase, the median sales price was about $1 million.