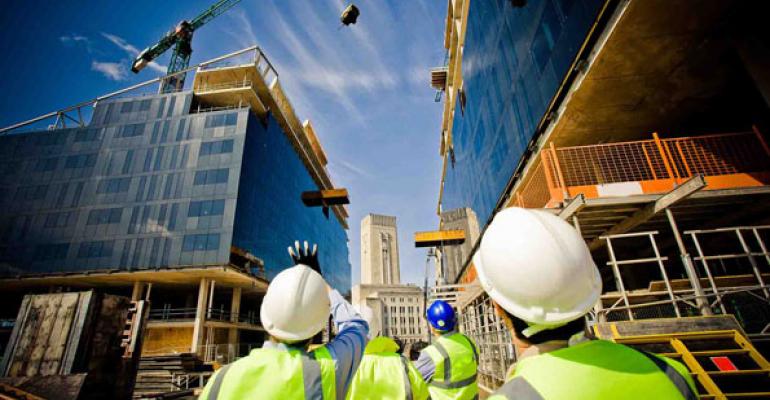 As 2015 approaches, seniors housing joins most commercial real estate sectors in celebrating a slow-but-successful turnaround. To kick off the New Year, a number of industry experts have revealed their predictions, which include increased construction, continued responsible lending and skilled nursing strategies.

The biggest story for seniors housing in 2014 was the enormous level of mergers/acquisitions activity, and many experts said they can’t imagine how 2015 could be similar. This year alone, Brookdale Senior Living took over Emeritus Corp. for $2.8 billion, Omega Healthcare Investors Inc. acquired Aviv REIT for $3 billion and NorthStar and Griffin-American sealed its $4 billion merger close to the end of the year. However, John Cobb, executive vice president and chief investment officer at Ventas, says he expects to see continued consolidation next year. “Over time, the $1 trillion in U.S. senior housing and healthcare assets will continue to flow into the public REITs,” Cobb says. “The growing demand for healthcare and senior living assets, from an aging population and more Americans gaining access to the healthcare system, also support our positive outlook.”

Mel Gamzon, president of Miami–based Senior Housing Global Advisors, says it is difficult to see how the large companies will continue to keep pace with the blistering merger and acquisition activity of the past year. He says there are still portfolios and good assets out there, but that acquisitions in 2015 should be more focused on value-add opportunities and select core assets, while 2016 may bring sizable assets for acquisition. “Assuming that interest rates hold and the housing market continues its strong pace, this should be a solid year for owners to capitalize on their holdings,” he says.

Gamzon says he’s even had a number of international investors jumping into portfolio purchases of U.S. seniors property, and he predicts more cross-border interest. Cary Tremper, a managing director with Greystone’s Seniors Housing Group, says that increased transparency in the seniors market has helped attract institutional attention. “There’s an abundance of capital chasing deals today, plenty of the equity lenders are back at full-steam, and we’re seeing some new entrants on the private-pay side,” he says. “It’s been slow, but this sector has performed extremely well during the downturn, and everything points to a positive 2015.”

In 2014, the housing market sprung back in many markets, but seniors are still reluctant to leave their homes for professionally run facilities. Kass Matt, managing director with Lancaster Pollard, says he believes better home prices will encourage sale decisions after the tough recession. “I don’t think any generation has wanted to leave their homes,” he says. “However, many seniors reach a stage in their lives when they will require assistance. As the seniors population segment continues to increase, all levels of the continuum of care will likely experience growth, including home-based healthcare, seniors housing and skilled nursing.”

Construction this past year has increased in certain markets, especially in the large cities, but not in others. Experts believe that this signals restraint on behalf of the large firms, but many worry the siren call of solid returns will encourage overbuilding. Nick Gesue, senior vice president and chief credit officer with Lancaster Pollard, says he hopes there isn’t construction planned for 2015 for all markets. “While there are unique demands for different types of product, such as assisted living, independent living or memory care, some markets will need these products, and some won’t,” he says.

Zeke Turner, founder and CEO of Indianapolis–based Mainstreet, agrees that caution is necessary. “There’s an overabundance of development in assisted living and memory care without the necessary expertise,” he says. “This eventually leads to bad business deals and affects the industry as a whole.”

However, while affordable demand and high-end seniors development have captured headlines, there’s a quiet trend by regional developers, who know their areas best (and who have been priced out of acquisitions), to deliver new product to middle-income seniors. Alan Ursillo, a senior vice president with JLL’s Capital Markets division, says he believes the industry learned its lesson from the overbuilding that went on in the 1990s. The middle market is currently the hot sector to chase, Ursillo says. “Next year you’re going to see a lot more activity by the smaller developers building properties with just 40 to 50 units, capturing a smaller community’s needs. These types are already hot and leasing quite handsomely, hitting close to 90 percent occupied in less than 12 months after opening,” Ursillo says.

As for affordable need, Ursillo says he doesn’t see enough programs coming from the federal government to address the tremendous amount of demand expected during the next decade. Waiting lists for affordable properties are already stacked up three to five years. Jeff Englund, senior managing director and head of Greystone’s affordable lending group, says the affordable sub-sector is almost completely dependent on government incentives and programs that have suffered from cuts during tough economic times. “However, demand for affordable housing continues to rise while affordable units continue to decline on an annual basis,” Englund says. “As a result, support for these programs is essential to the on-going viability of these programs and indications suggest support through congress and the current administration.”

Another sub-sector, skilled nursing homes, has been reeling under the weight of trying to understand the changes brought on by the Affordable Care Act. Turner from Mainstreet says in the coming months, more and more companies will choose to switch to short-term care in addition to, but not replacing, long-term care. The average property being 40 years old and occupied will prevent companies from focusing on short-term care, he says. “About 81 percent of baby boomers we surveyed refuse to use the existing stock of senior care without new innovation and care,” Turner says. “We believe the greatest infrastructure problem in society is not our bridges or roads but rather the real estate where we care for our aging Americans.”