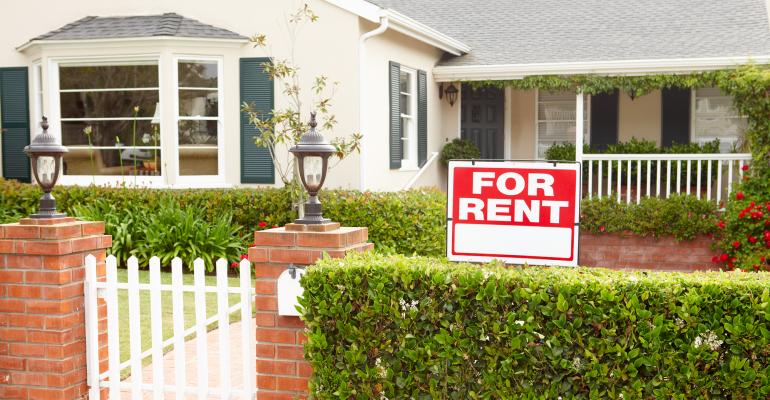 SFR Landlords Have Room to Raise Rents in Most Markets

There is still room for landlords of single-family rentals (SFRs) to raise rents in most parts of the U.S., though they have to be careful not to over-burden their tenants.

The companies that operate rental homes don’t have to worry much about competition. SFR vacancy remains low in most markets and the prices of for-sale houses are too high for many households to move out of their rentals. The strong U.S. economy is also helping support the rental home business.

“We do not foresee any meaningful near-term decline in the key housing fundamentals, such as employment, population and gross domestic product (GDP) growth,” says Jonathan Ellenzweig co-head of Tricon Housing Partners, the land and homebuilding finance vertical of Tricon Capital, an investor and asset manager of U.S. residential real estate.

Some of the country’s largest rental housing operators, including Invitation Homes and Tricon American Homes, report that their portfolios continue to be near full occupancy. “The occupancy rate for our stabilized homes… has remained above 95 percent for the past three years,” says Ellenzweig.

Because there are few vacancies in most markets, the companies feel relatively free to raise rents at their properties.

“Rent growth rates continue to be solid in most of the major markets across the country—in the middle to upper single digits,” says ATTOM’s Blomquist. For example, rents grew by 5.0 percent in Philadelphia County and 7.0 percent in Los Angeles County over the 12 months that ended in the first quarter of 2018, according to ATTOM’s annually-released data. The data on SFR rents is based on the fair market rents for three-bedroom rental housing tabulated by the U.S. Dept. of Housing and Urban Development.

However, SFR owners can’t raise the rents too quickly or too much for tenants that have relatively low incomes compared to the cost of their housing. Nearly 30 million U.S. renter households—or roughly half of all renter households—spent over 30 percent of their income on rent in 2016, which is the standard definition for being “cost-burdened,” according to the Harvard Joint Center for Housing Studies.

“Income is a big constraint on raising rents,” says Blomquist. “Operators should be buying properties that cash flow well now, not counting on rising rents to get them into a better cash flow position down the road.”

It helps that wages are finally growing faster than inflation in most parts of the United States. That means more families are able to afford higher rents without being forced to consider other housing choices. Wages grew at an average rate of 3.5 percent per year over the three months that ended in August 2018. That rate has wandered in the low-3.0-percent range since 2016.

In the meantime, the subdued income growth is making homebuying less affordable. If renters have less money to save up for a down payment, they are less likely to move out into a home of their own.