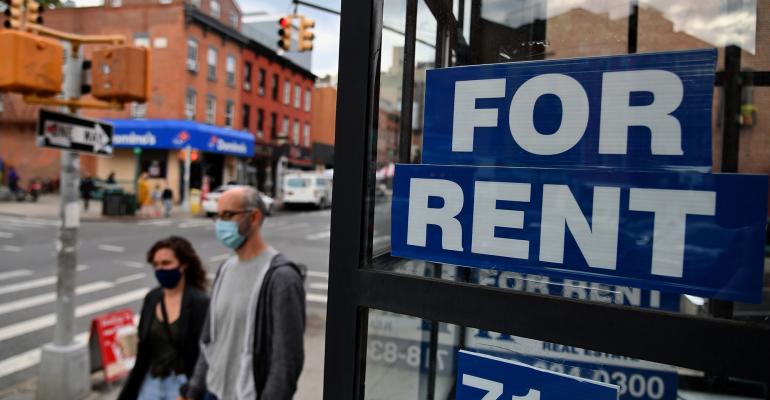 The firm has shelved the sale of a $390 million commercial mortgage bond because investors were demanding higher yields.

(Bloomberg)—Cerberus Capital Management has shelved the sale of a $390 million commercial mortgage bond that packaged nearly junk-rated securities into new debt with top AAA grades, according to people with knowledge of the matter.

Investors were demanding higher yields for the debt offering, said the people, who asked not to be identified because the information is private. The bond sale also struggled because of weak liquidity, and changing terms in the so-called repo market, they added.

The deal, which began marketing in late September, grabbed attention because the structure was reminiscent of collateralized debt obligations. Those bonds, made up of complex home mortgage investments, were created in the 2000s and helped nearly bring down the financial system in 2008 when they soured.

Cerberus was also selling it at a time when the market for commercial real estate was being clobbered by the pandemic. Around 9% of commercial mortgages bundled into bonds were delinquent in August, according to data from research firm Trepp, as Covid-19 keeps shoppers out of malls, travelers away from hotels and workers home from offices.

The transaction took derivatives of CMBS, known as interest-only strips, and packaged them into around $390 million of notes, about $300 million of which were expected to get top ratings from DBRS Morningstar, according to pre-marketing messages seen by Bloomberg.

A representative for DBRS said that the bond grader never issued any kind of rating for the transaction.

Some investors considered the deal’s structure to be a CDO.

“Interest-only cashflows and returns are much more difficult to forecast now, given the elevated delinquency rate on CMBS loans and the growing number of loans that are on rating agency watchlists for downgrade,” said Jen Ripper, a CMBS investment specialist at Penn Mutual Asset Management.

The number of distressed CMBS loans with loan-workout specialists known as special servicers hit an all-time peak of 10.48% in September, according to Trepp. That eased to 10.28% in October because so many of the loans have been granted forbearance.

--With assistance from Dan Wilchins.