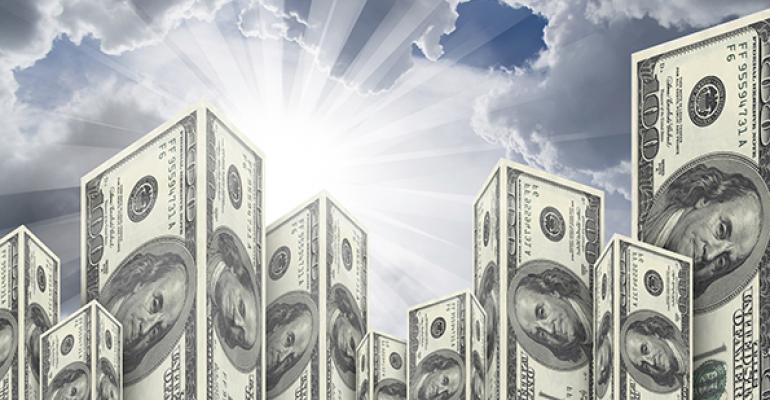 The credit quality of U.S. CMBS loans has been slipping this year. While not at catastrophic levels, the deterioration has been something analysts from major credit agencies have been keeping an eye on.

NREI chatted with Kevin Fagan, senior analyst at Moody’s Investors Service Inc., about the CMBS trends his firm is tracking and why the overall credit picture of conduits is, as he puts it, a “mixed bag.”

This interview has been condensed and edited.

NREI: Can you compare what you had been seeing earlier this year to what your latest report shows?

Kevin Fagan: Most of the credit metrics have remained steady and what really slipped in the second quarter was the single tenancy and interest-only [IO] exposure that caused our required credit enhancement to go up a little bit. IO ticked up to almost 80 percent of conduit CMBS, which again is a new 2.0 high. And then for single tenancy, we saw the most exposure that we’ve seen in any quarter in CMBS by far. Over 50 percent of the second quarter office loans had more than half of their NRA [net rentable area] occupied by one tenant, and of those, 80 percent had 90 percent exposure to one tenant. So really significant. And overall, about 40 percent of conduit CMBS issuance is office. This is a pretty big chunk of single tenant exposure in this quarter. And, typically, you see mitigations around tenant quality if you get credit tenants, or you’ll have very long-term leases for single tenants. But, actually, in this quarter the majority of them had leases that were more or less co-terminus along with the long-term. And then also the vast majority of these are not investment-grade tenants.

NREI: So, it seems that the only thing that seems to be a major red flag or concern are the single-tenant loans?

Kevin Fagan: I think it’s the most striking thing in the second quarter. And IO has really just been a slow trend, [seeing] more and more IO in CMBS.

NREI: The report said there’s been a deterioration of some of these metrics—is that a description of what’s happening or is there concern overall?

Kevin Fagan: In regards to the overall credit picture, the state of things is a real mixed bag. And it’s hard to say that we’ve gotten to a point where things are “worrisome” in terms of a precise threshold moment. Because all things considered, credit has definitely slipped, but it’s been a very slow, gradual process since around 2015, where it’s effectively death by a thousand cuts. It’s not all of a sudden there are alarm bells going off, it’s just continually, as the cycle progresses, slippage of credit. But what’s interesting this time is that for every one of these looming risks, there’s some degree of mitigant. So, for example, we do have lower leverage now. So, the 60 percent LTV that we saw in the second quarter is the lowest we’ve ever seen in conduit CMBS and … there are higher debt yields. But on the flip side of that, a lot of that has to do with the very low interest rates that we’re seeing now and then the commensurately low cap rates, and those interest rates are likely to rise. Another mixed bag thing is you have more term protection from high DSCRs [debt service coverage ratios] right now, but that stems directly from the low debt service of these non-amortizing IO loans. So, there’s a yin and a yang to every one of these risks, but net-net, the credit situation continues to deteriorate.

Kevin Fagan: We don’t really have what you’d call a “red flag.” We rate a basket of risks and mitigants to those risks. And really how our assessment is reflected is that we require for credit protection. … We have actually effectively departed from the market at the junior investment-grade tranches, where we began to drop off the lowest investment-grade class, the class-D, in this cycle. … We dropped that class in 2013 and by mid-2014 we were no longer on that class on any deal. But we would be on the deals where you would see that the required credit enhancement would be for an investment-grade rating at those lower classes and credit has deteriorated. … Also, the distribution gets wider, where you have a larger percentage of the pool that’s lower credit and that really puts your lower tranches at risk. Commensurately, our credit enhancement has gone up significantly. So, right now, our delta with class-D is five notches and it’s been that way for a couple of years now. I would say that we have effectively planted a flag from that perspective for a while.

NREI: In terms of underwritten cap rates, could you point to some of the factors that why they might be lower now?

Kevin Fagan: It’s more or less standard for spreads to be tighter this cycle, with high confidence in the economy. And it doesn’t hurt that investors will receive an after-tax IRR windfall from the Tax Cuts and Jobs Act last year. And, also, the capital markets this year are very robust. That’s usually typical of late cycle. There’s lots of liquidity right now. Pension funds have announced that they’re making greater allocations to commercial real estate, so there’s more demand from that perspective. International investors over the last few years have been a big part of commercial real estate investment. And then also you have a lot more debt sources popping up, from private equity debt funds to mezz lenders. So the demand in the market is really high and that effectively pushes down your risk premium over Treasuries. So this does make sense that this is happening from a demand and liquidity standpoint, but it doesn’t necessarily make sense in hindsight. Paradoxically, spreads tend to get very tight near the peaks of cycles, when the upside is limited. And then spreads tend to widen in the troughs of business cycles, when the downside is limited. What we do is we look at cap rates at a stabilized, longer-term, 10- to 20-year lifespan to get a level that only varies not by market euphoria or panic, but what we would view as durable asset quality. When you look back at loans in commercial real estate, one of the strongest indicators of default and loss is what vintage you’re in. If you’re in ’04 you probably fared better than you did [in] ’07. You don’t have the ability to see in the future, so our cap rates, these stabilized cap rates based only on durable asset quality, are a good proxy for the vintage effect in loans.

NREI: And what about the factors underlying the trends that we’re seeing of the lowest quarterly average of LTV and higher IO loans?

Kevin Fagan: It’s all interrelated. Market values are at an all-time high, just generally across the board, and most of that is driven by cap rate compression, not increase in income—the two basic components of value. When the values are high relative to income, your loan debt service can become so high that your DSCR starts to get compressed and tends to be your limiter on loan size, not LTV. A lot of these loans have needed IO because you obviously have a lower debt service payment, where you’re only paying interest instead of interest and principal. Your limiter becomes DSCR, so you need more IO, which tend to have lower “pre-amortized” market LTV. So on average LTV goes down, which it is a positive overall versus if the market would be lending 10 to 15 points higher on DSCRs that are super, super thin… that would be a very big set of negatives. You do have to look at it as a positive. The caveat to that is with interest rates very likely to rise in the near- to mid-term, borrower equity gets squeezed and refi can be tougher for loans that haven’t amortized.