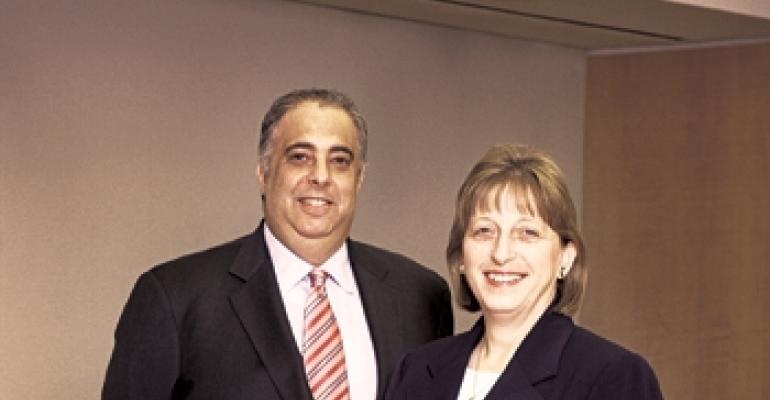 The recession presented REITs with a challenging climate for dealing with affected tenants, acquiring new properties and redeveloping. Although the sector still performed relatively well, some slowing was inevitable.

Federal Realty Investment Trust weathered the downturn primarily by sticking with tried-and-true principles of its 42-year history. It pulled back on acquisition, redoubled efforts to maximize rent growth at existing properties and secured short-term leases to keep centers full.

Federal anticipates increased acquisition in coming years, at a rate of three to five properties a year with a target of investing $1 billion over four years. It will also step up redevelopment and, in the long term, is also focusing on mixed-use properties such as Assembly Square outside Boston.

The average Federal property is twice as large as the sector’s average: about 200,000 square feet compared to 100,000 square feet. Its average rent per square foot is also higher: $21.93 as of October 2009, compared to $11.24 for all strip retail, according to Morgan Keegan.

In a time when the economy has not been hospitable to owners and retailers, Federal Realty Investment Trust has emerged from what may be the dwindling of the recession with its finances sound. Based in Rockville, Md., the 48-year-old REIT has a reputation for steady management and a recent conservative approach to development that has kept it in good stead during challenging times.

Over the past five years Federal’s returns to shareholders have exceeded both the average performance of the Standard & Poor’s 500 and the FTSE NAREIT Equity Total REIT Index. Its annual dividends have increased for 42 consecutive years. And Federal was able to continue raising rents at properties in 2009—one of the few REITs able to do so last year.

Those increases buoyed its total revenues, offsetting a decline in income from continuing operations. By year’s end it realized record annual revenues and operating cash flows.

And perhaps most importantly, the firm faced very little drama during what was a fairly tumultuous period for some other REITs that had to wrestle with huge debt loads. Federal’s conservative debt position heading into the recession meant it did not need to do much balance sheet cleaning.

But some of that activity was driven more by opportunities the REIT saw in front of it as opposed to having to any problems on its balance sheet.

In fact, ever since the well-publicized 2002 fire that damaged its then in-progress Santana Row development, Federal Realty has been free of controversy. The fire wiped out retail and restaurant space and roughly 250 apartments. The opening of the project was delayed. But the company (and project) bounced back quickly.

The fire, in part, contributed to the conservative approach that has since served Federal so well. At the time, Federal was dipping its toe into mixed-use development with other “Row” themed projects like Bethesda Row and Pentagon Row. While all the projects have had their share of success, Federal opted to refocus in recent years on what built the company in the first place. While it handles all types of retail real estate save for enclosed malls, it specializes in neighborhood shopping centers.

As a result, the REIT’s history of performance has earned its stock high ratings and prompted Chicago-based Zacks Investment Research to dub Federal “one of the best-positioned strip mall REITs.”

Ask analysts and Federal’s management how the REIT has managed such strong performance, and the answer boils down to several key points. For one, Federal is selective about the properties it acquires. It doesn’t hurt that a good share of its 84 assets are in Washington, D.C., and the surrounding suburbs, a region that has fared better during the economic downturn than most other metropolitan areas.

Federal also flies solo for the most part, eschewing excessive partnerships that might complicate its dealings. “Simplicity is a beautiful thing when you don’t have a lot of outside influences that you have to factor into your thinking,” says COO Dawn Becker. “If the institutional funds that have been investing with our competitors are having problems, it becomes their problem.”

And Federal has been consistent in sticking to these principles, with a management team that Becker and CFO Andrew Blocher say sees eye to eye on important factors in decision-making. The REIT doesn’t get distracted by ploys to significantly boost acquisitions or veer from its core strategies aimed at steady internal growth.

“We are very, very comfortable hitting singles, doubles and occasional triples,” Blocher says. “The issue with trying to hit home runs is that you strike out a lot.”

Alexander Goldfarb, senior REIT analyst at New York-based Sandler O’Neill, echoes Blocher’s message. “They really stick to their knitting,” Goldfarb says of Federal. “They’re not a big acquirer. They’re very particular about the assets they acquire, and their business model really thrives on rolling the existing portfolio as leases come up.… Their business model doesn’t necessitate large-scale transactions, acquisitions or development to grow.”

A public company since its founding, Federal was born just two years after the introduction of the REIT corporate designation in 1960. It is the third-oldest REIT, according to Blocher.

With its roots in the Washington suburbs, Federal began acquiring residential properties in the area before shifting its focus to commercial real estate. Its concentration on the D.C. region proved prescient as residential development accelerated around its acquisitions. Today 17 of Federal’s properties are in Maryland, the most of any state. Another 15 are in Virginia.

“Having 33 percent of their portfolio in the D.C. area is...Continue reading on next page

“There’s really no one else that comes close to reporting the demographics that Federal Realty has,” Acheson says. “They’re really head and shoulders above everyone else for the income levels around their centers.” Federal’s markets are densely populated as well and are mostly infill areas.

With the rest of its properties primarily in California and elsewhere in the mid-Atlantic region, Federal controls 18.2 million square feet of retail space occupied by 2,500 tenants. The average Federal property is about 200,000 square feet, twice the size of the average retail property. According to Federal, no one tenant or affiliated group accounted for more than 2.6 percent of its base rent last year.

The quality of its locations is reflected in the rents Federal is able to maintain. As of mid-2009, its average rent was $21.93, per square foot compared to $11.24 per square foot for all shopping center REITs, according to a report from Memphis, Tenn.-based Morgan Keegan.

Becker and Blocher say Federal’s primary strategy for increasing revenue from year to year depends more on rent growth at its existing properties than on looking to new acquisitions for higher returns. “We are an operating company, first and foremost,” Blocher says.

Despite the economic downturn, Federal was able to take in 10 percent more in rent from 2008 to 2009. That was down from the 21 percent increase the year prior, but Federal was one of the few REITs to achieve an increase last year, Blocher says.

The focus on generating revenue from rent increases allows Federal to take a more cautious approach to acquiring new properties. By doing so, it can find greater assurance that the properties it does acquire will prove to be sound long-term investments. The reasoned approach also allows Federal to develop cozier relationships with potential sellers, Becker says. An example of this arose when an owner who had sold Federal a property in Charlottesville, Va., was looking to unload a site in Northern Virginia. He went to Federal first.

Federal’s management also attributes the REIT’s success to a team of leaders who work together and have long tenures—a decade or more for most. Managers tell a “clear and consistent story” to analysts, investors and ratings agencies, Blocher says. And “we tell people what we think even if at times it’s not what they want to hear,” he adds.

For example, a few years ago Blocher and Jeff Berkes, Federal’s chief investment officer, met with an institutional investor who urged them to increase their leverage to 60 percent. Blocher and Berkes rejected the suggestion—“and that was the right decision” given the ensuing performance of capital markets during the recession, Blocher says.

Because Federal’s course had proven reliable over time, the REIT did not find it necessary to radically change its strategy when the economy turned sour. “What we did was tweak and refine how we execute it,” Becker says.

Federal continued striving to maximize returns from its operating portfolio but took care to lock in tenants quickly rather than be forced to seek new tenants. It also bulked up its team of short-term leasing agents to fill vacant spots. That kept centers full but gave Federal the flexibility to free up spaces when it could raise rates again.

About 20 percent of its tenants asked for rent relief from the end of 2008 to the third quarter of last year. Federal worked to understand the problems tenants faced and considered whether marketing efforts at properties would help to boost sales or if farther-reaching restructuring was needed.

After acquiring no new properties last year, Federal is planning to invest $1 billion over the next four years and acquire three to five properties a year—but Blocher acknowledges the REIT is “off to a slow start” on that front. Regardless, in Federal’s 2009 annual report CEO Donald Wood wrote that acquisitions “will probably take on a greater role at Federal as prices have moderated and opportunities are expected to surface for some top-quality real estate locations that have not been available for some time.”

Federal also expects to increase its redevelopment activity. The REIT expects to stabilize seven redevelopment projects in the next few years, Becker says, and another 10 to 15 projects are underway, with $35 million remaining to fund these projects.

In the mid-’90s Federal entered the mixed-use arena, an area where it continues to develop today. It is now securing funding for its Assembly Square project in the Boston area by looking to local, state and federal funding sources, but the project may take longer than initially anticipated to come to fruition. “This is not a time you want to start a retail project,” says Becker.