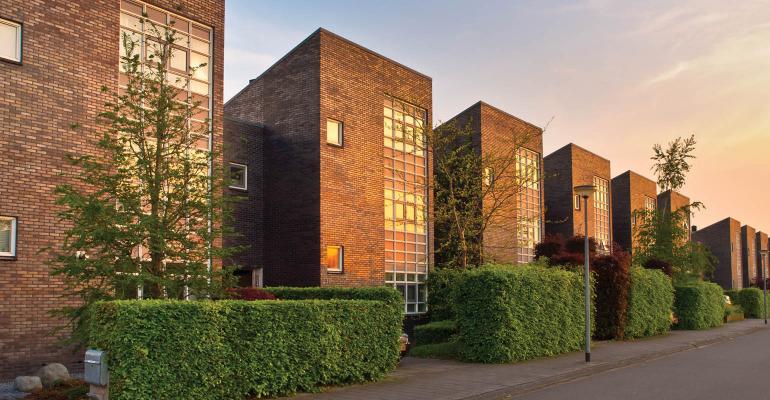 In a twist on one of Mark Twain’s most frequently quoted quips, Nareit economist Calvin Schnure believes reports of a possible economic downturn in 2019 are greatly exaggerated.

Schnure, senior vice president of research and economic analysis at Nareit, a trade group for REITs, acknowledges the uncertainty percolating in the markets. This includes concerns over the durability of the current economic cycle that are driven, in part, by ongoing trade battles and the inverted yield curve.

The outlook for this year bodes well for REITs, which as a whole are enjoying healthy gains in FFO, along with robust occupancy rates and a positive supply-and-demand balance, Schnure notes. Furthermore, REITs have reduced their exposure to hikes in interest rates, he says.

In an interview with NREI, Schnure bats away suggestions that 2019 will usher in an economic downturn or recession, touts the viability of the retail sector and emphasizes the REITs’ relative immunity to interest rate increases.

NREI: What’s your take on all the talk we hear about an impending economic slump or even a recession?

Calvin Schnure: People are grasping at straws to try to figure out how much longer this expansion can continue.

Recessions don’t come about because economic expansions die of old age. They come about because you have imbalances. Usually they’re imbalances like overbuilding—if you have too much construction in real estate, or if you have too much production of autos and steel and so on. We don’t have overbuilding right now; supply has been fairly well-balanced with demand.

Another thing that causes an end to an economic expansion is over-indebtedness. If anything, real estate and other sectors have been pretty restrained in their borrowing.

So, the typical stumbling blocks that cause an economy to go into recession really aren’t in the path ahead of us in the next year or so.

NREI: What’s on your 2019 radar in terms of performance expectations for sectors within the REIT industry?

Calvin Schnure: One sector that I would really highlight that’s going to surprise some people is I think people should be looking more carefully at retail right now. The retail sector has been in the news an awful lot because of the impact that e-commerce is having on retailers as opposed to retail properties.

Retail REITs have been penalized in the market because of concerns about retailers and stores, but they’ve shown a lot of resilience. The property owners that have the high-density, high-quality malls in high-income areas are doing well. There are a lot of malls that are not doing well, but REITs really don’t have much exposure there.

The retail sector was hit with a lot of store bankruptcies in late 2017, and they had to work pretty hard to refill those store locations through the early part of 2018. That’s been pretty successful. We’ve seen occupancy rates and same-store NOI moving up. Retail [REITs] have shown that they’ve moved to more solid ground.

There is one sector where we’re waiting to see if it can prove that it’s going to be an above-market performer, and that’s the office sector. The office sector has struggled a bit because there has not been as much demand for office space. It has not had a strong run the past year or two, which is a little surprising because we still do see good overall job growth.

NREI: Looking at the multifamily sector, what are your thoughts about class-A assets versus class-B or class-C assets?

Calvin Schnure: Affordability is a major constraint. The homeownership rate is still below its pre-crisis trend, and that has meant there’s been a cascade of demand from people who would have been first-time homebuyers, but who are still renting. Apartment construction has been focused on people with financial characteristics that 10 to 15 years ago, they would have been homeowners, but they’re choosing to continue to rent. So that’s why developers are building apartments to meet this market. There is a need for class-A apartments, but you need workforce housing as well because the markets are so tight.

There just isn’t enough supply, so I expect the market to stay quite firm—that’s going to keep property values up and keep rents growing. You just can’t see rents growing faster than incomes because it’s so unaffordable right now.

NREI: What about the industrial sector?

One of the factors that’s really important to watch is the demand growth is very strong, but you’ve run out of new space to put up these buildings, so supply is constrained. People who develop these properties are forced to do more infill locations or multistory logistics warehouses. The fact that supply is crimped by these space constraints means that the rents and property values are going to continue to rise.

Calvin Schnure: The big wildcard has been interest rates. The market has been acting as if higher interest rates are going to hurt REITs. REITs have the lowest leverage they’ve had in 20 years or more. REITs have very solid balance sheets. They have long-term debt that has been financed into the next decade. They’re not exposed to interest rates.

The upside potential for the REIT market in 2019 is if the Fed holds on interest rates or is done tightening interest rates, and then people take a look at how much REIT earnings have grown and how much their portfolios have increased in value and say, “Well, this is a really good buy.” Then, you could see an upside.

It’s important to realize that until the past couple of years, REITS were not sensitive to interest rates. That changed when the Fed began taking away their unconventional monetary policy they had during the financial crisis. The reason why 2019 is going to be interesting is presumably the Fed will have finished taking away the unconventional monetary policy measures, and that means REIT stock prices will respond more to their earnings news instead of interest rates.