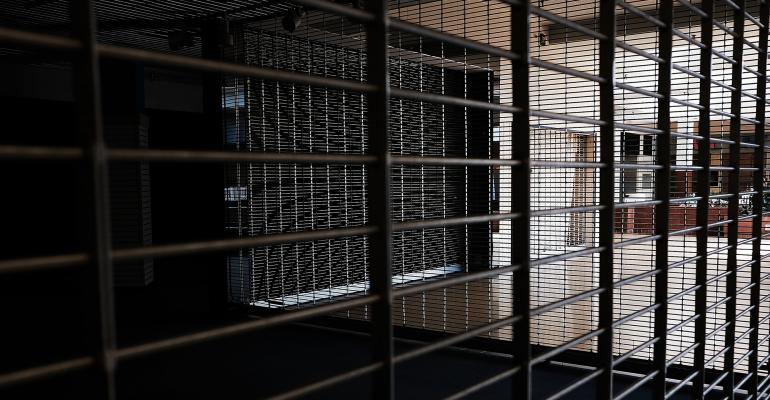 Department store closures are starting to catch up with retail property fundamentals.

Following more than a year of major store closing announcements, it appears the vacancies are starting to have an impact on the retail sector’s property fundamentals.

For the first time in nearly a decade, space absorption is negative for mall and lifestyle centers, according to research firm CoStar and other real estate firms that track this figure.

“I think we hear often in the headlines about these store closures. … I think we’re starting to see these announcements turn to reality,” says Drew Myers, a consultant with CoStar Group.

The U.S. mall and lifestyle center sector saw negative absorption of 1.86 million sq. ft. in the second quarter of 2018, according to CoStar. That translates to annual supply growth of 0.6 percent, with demand at 0.2 percent. Power centers—where big retailers like Toys ‘R’ Us were likely to be found—have also taken a hit. For the second time this cycle, those properties saw negative absorption in the second quarter of the year, of 1.2 million sq. ft., according to CoStar.

CoStar defines malls and lifestyle center properties as totaling 300,000 sq. ft. or more in size and having large anchor spaces.

The firm tracked negative absorption for malls a handful of other times since 2007: during the first and second quarters in 2009 and the second quarter of 2010. “That’s coming out of a recession,” Myers notes. “Today we’re in a period of extended economic growth.”

The change in property fundamentals comes as the mall industry braces for transformations and consolidations. Earlier this year, mall landlord GGP Inc. agreed to be taken over by the real estate arm of Brookfield Asset Management Inc. And last year, French real estate investment firm Unibail-Rodamco announced it was acquiring Australia-based Westfield Corp., which focuses on class-A malls. The trend also comes after a string of significant retailer closures and bankruptcies, from department stores Bon-Ton and Sears to Toys ‘R’ Us. Other department stores, like JC Penney, appear to be hanging on by a thread.

Data from brokerage firms Marcus & Millichap and JLL reflect a similar trend. According to Marcus & Millichap, the U.S. mall sector has seen a 1.1-million-sq.-ft. decline in absorption, as of the trailing 12 months through the second quarter. Absorption has otherwise been positive since 2008, except for in 2009, when the sector saw negative absorption of 5.8 million sq. ft.

JLL has tracked negative absorption for the mall sector—of 2.1 million sq. ft. year-to-date as of the second quarter—for the first time this cycle, says James Cook, Americas director of retail research at the firm. “That’s really due to the department store closure announcements that finally started to hit our numbers,” he says, noting that the negative absorption is primarily impacting lesser-quality malls and that absorption for the retail sector overall was positive in the second quarter.

However, researchers from brokerage firm CBRE have found that the lifestyle center and mall segment has seen negative net absorption nine times since the third quarter of 2007.

The store closures are also hurting malls’ vacancy rates. CoStar estimates that vacancy in the mall sector in the second quarter totaled 4.0 percent, a 30-basis-point jump from the quarter before. Marcus & Millichap is tracking vacancy at 4.2 percent, up from 4.0 percent in 2017, but below the 2010 peak of 5.5 percent.

Amid this troubling climate for the mall space, mall REITs have continued to shed underperforming assets and working to redevelop others. Philadelphia-based PREIT sold 17 underperforming properties over the past five years and has worked to minimize the impact of the Bon-Ton liquidation through a proactive anchor replacement program, the firm said in April.

Despite what seem like bleak prospects for the regional mall sector, some in the industry say it’s a time of necessary transformation. Malls are turning into mixed-use entertainment centers, online-first retailers are growing their physical footprints and older bricks-and-mortar chains are shuttering underperforming stores to improve their performance.

“There’s definitely a transition going on, with the types of uses that are occupying space in malls,” Lebovitz says.

In the second quarter, the occupancy rate for CBL’s portfolio fell to 91.1 percent from 91.6 percent year-over-year. Lebovitz says this year the REIT anticipated about 2.0 million sq. ft. of store closures in its malls, with 1.9 million sq. ft. of that attributed to Bon-Ton. “The small-shop bankruptcy activity has been a lot more benign this year,” he says.

The dip in demand for space is temporary as malls work to transition uses and shift away from heavy focus on apparel, Lebovitz notes. For example, 60 percent of CBL’s new leasing this year was with non-apparel tenants and the REIT is working to add, among several projects, a theater and an entertainment center in a former Sears box and a supermarket in a closed Bon-Ton space. Redevelopment projects can cost from $10 million to $20 million, Lebovitz says. “We’re seeing strong demand to backfill the space,” he notes.

The opportunity to revamp a large space—and increase rent with healthier tenants—also has some owners more than happy to get department store space back, St. Juste says. “You just want to be careful how much of the square footage you get back,” he says.