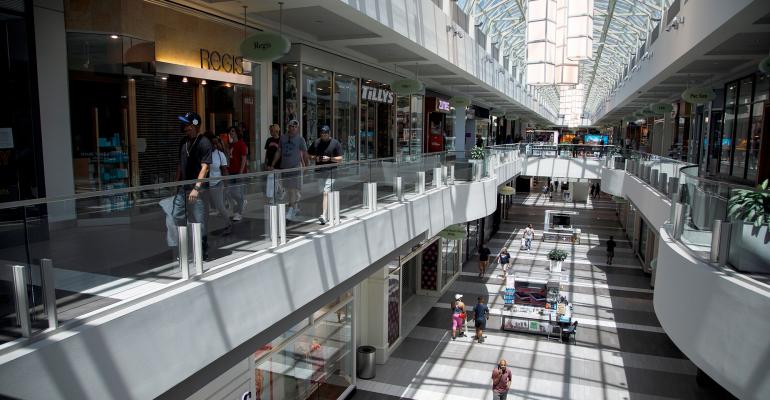 What Lies Ahead for CBL and PREIT After Bankruptcy?

With all mall REITs struggling, those that focus on class-B and class-C properties face a particularly challenging future.

Mall landlords CBL & Associates Properties Inc. and Pennsylvania Real Estate Investment Trust (PREIT), both of which are generally focused on class-B and -C malls, were already suffering pre-pandemic. However, the COVID-19 health crisis has taken an even bigger toll on these mall operators, as it forced some tenants to permanently close stores while others stopped paying rent.

Both REITs filed for bankruptcy protection in early November and are the latest victims of the pandemic. Both said their malls are staying open as they work through the bankruptcy process.

And in fact, Philadelphia-based PREIT has already emerged from bankruptcy. The REIT announced on Dec. 11 that it completed its financial restructuring and emerged from Chapter 11. It has extended its debt maturity schedule and now has access to $130 million in new capital to support its operations, including continuing the renovation and transformation of its 19-mall portfolio.

Most of PREIT’s properties are in the Philadelphia and Washington, D.C. metropolitan markets. In the second quarter, PREIT reported that revenue fell $20.1 million, primarily due to retailers’ bankruptcies and store closures and an increase in credit losses for challenged tenants.

PREIT’s recent announcement comes after the company’s prepackaged financial restructuring plan was confirmed by the U.S. Bankruptcy Court for the District of Delaware. The company’s common stock will continue to trade on the New York Stock Exchange.

“We are happy to close this chapter and look forward to our exciting future where we will continue to deliver distinctive experiences and unique tenant mixes. Executing on our future ready strategy incorporating a healthy mix of distinctive uses will be key to highlighting the embedded value in our portfolio," PREIT CEO Joseph Coradino told NREI in an emailed comment.

While PREIT has emerged with a clean slate, Kniffen points out that it still faces challenges. For example, as a result of the restructuring, properties that PREIT used to own free and clear have been converted into collateral for its lenders. In addition, in taking on an additional $130 million in debt to continue operations, the mall REIT will have to perform well enough to be able to pay it down. “But at least they will get past the virus phase,” says Kniffen. “They still face all of the underlying issues for lower-rated malls, and they still are heavily indebted with fewer free and clear assets, but they bought time.”

While PREIT has been selling underperforming malls over the past few years, it also has been diversifying and focusing on experiential retail by adding gyms, movie theaters and restaurants to its malls to become more internet-resistant. However, those businesses have been hit particularly hard during the pandemic because social gathering places don’t work well in the world of social distancing.

PREIT and CBL, along with other mall operators, have been struggling as major tenants like J.C. Penney, Ascena Retail Group and Tailored Brands filed for bankruptcy this year.

In fact, 2020 is setting a new record for store closings as more than 11,000 retail locations will shutter this year, according to the CoStar Group.

Chattanooga, Tenn.-based CBL filed for bankruptcy protection on Nov. 1, saying it plans to eliminate $1.5 billion of debt through a restructuring agreement. CBL listed its estimated assets and liabilities in the range of $1 billion to $10 billion. The REIT said last summer that unpaid rents from retailers during the pandemic, falling foot traffic and increasing debt were behind its decision to file for bankruptcy.

CBL owns 107 properties across 26 states. More than 30 of its tenants have filed for court protection in 2020 and are closing stores, including J.C. Penney, which is one of CBL’s largest tenants, and Ascena, which operates 100 Ann Taylor, LOFT and other stores across CBL’s portfolio.

CBL did not respond to NREI's request for comment as of press time.

It has been a brutal year for both retailers and mall landlords. In March and April, most non-essential businesses closed down—including malls—which resulted in more consumers shifting to online shopping. Meanwhile, powerhouse retailers that didn’t have to close during the pandemic like Target, Costco, Amazon and Walmart have benefitted during the health crisis.

While most malls have reopened, many consumers are still reluctant to shop. Only 45 percent of shoppers said they plan to visit a mall to do some or all of their holiday shopping, a drop from 64 percent last year, Bloomberg reported, citing an International Council of Shopping Centers’ survey.

Additionally, PREIT and CBL own primarily class-B and -C properties, which are finding it more difficult to compete with class-A assets.

“Long before COVID hit, I think we all regarded CBL and PREIT as the financially weakest and with the weakest collection of malls,” says Kniffen.

Should CBL and PREIT trim portfolios?

All mall landlords should prune their portfolios, and there was already pruning taking place pre-COVID-19, Kniffen notes. “Now the pruning needs to be deeper and faster.”

Kniffen points out that all major mall REITS have pared, reduced and restructured their portfolios over the last few years, just as all mall anchors and most of the in-line retailers have trimmed their store counts as well.

“COVID has accelerated all of that and put even more pressure on the players,” Kniffen says.

What’s next for CBL and PREIT?

If a company can shed the debt in bankruptcy and manage to rationalize its portfolio, they can restart, Kniffen says. “But all that depends on how the creditors view their chance of success vs. recovery in liquidation,” he notes. “But I view the future of low B and C malls as pretty bleak as a group.”

Retail expert Nick Egelanian agrees, saying CBL and PREIT own “lesser malls” and “by the time you get to the pandemic, they’re already sitting on some of the weakest properties.”

S&P Global Market Intelligence predicts a “dark winter” for retail REITS and chose seven publicly traded mall operators that could face significant risks in the months to come, including Simon Property Group and Macerich, both of which own class-A properties.

Mall operators overall, Egelanian notes, are averaging about 70 percent in rent collection. “They’re desperate to show Wall Street they can survive, so what are they doing? They’re buying J.C. Penney, a dead retailer that won’t come alive because they bought it. It will just temporarily keep things from getting worse, but nobody expects J.C. Penney to survive.”