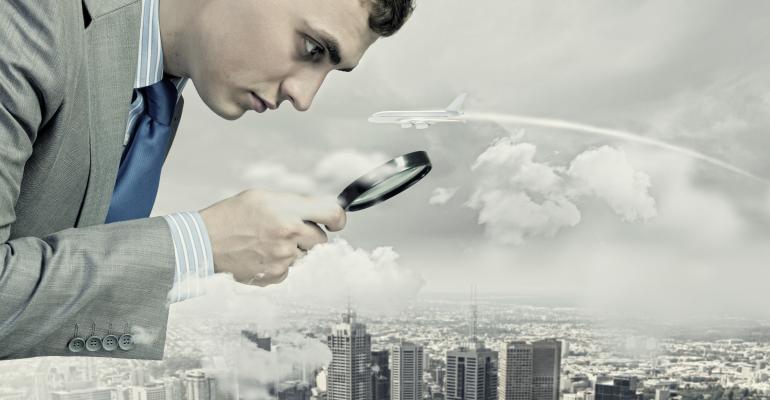 Are Lenders Shying Away from the Retail Sector?

Retail properties can still get financing, capital markets experts say, but their sponsorship, location and metrics are under very close scrutiny.

With the volatility and uncertainty surrounding the U.S. retail sector, lenders are cautious and scrutinizing deals with a fine-tooth comb.

Many bricks-and-mortar retail chains have struggled to adapt to increasing e-commerce competition and changing consumer shopping habits, while the country remains over-retailed, according to industry experts. These factors have led to record numbers of bankruptcies and store closings.

Apprehension surrounding this rocky retail environment has resulted in more conservative underwriting and scrutiny by lenders, especially for weaker-performing properties.

Retailers with the ‘right story’

Despite the slowdown in lending, industry experts say there’s still capital available, but for the “right retail deal”—whether that’s for refinancing and acquisitions, or even value-add redevelopment and new construction. The capital sources include CMBS, banks, life companies and credit unions, as well as “specialty financing” from debt funds and bridge lenders.

“I’ve done a couple of centers where it’s a value-add redevelopment play. The key thing the lender wants to know is how am I going to get out of this at the end of the day? If I’m taking a retail center and I have deep spaces, and they’re going to be cut in half, who’s leasing what, and are they market rents?”

Lenders are really doing the homework on their underwriting, and they’re going back to the basics, according to Steeb: Location, sponsorship and how is this property going to continue functioning in the future?

They want to know how they’re going to get out of that loan and want to make sure that the loan metrics upon project completion are something that generally can be financed, Steeb says.

The right sponsorship is key, because “everybody knows you’re going to lose a retailer, Steeb says. It just happens. Somebody’s going to go belly up somewhere along the way, even if they’re a credit tenant. Ten, 15 years ago, Kmart was a credit tenant. Everybody wanted Kmart. Now everybody wants to get rid of Kmart and do an adaptive reuse. So, does the sponsorship have the ability to attract other tenants to the property?”

Steeb adds that lenders are looking at capital expenditures required to maintain not only the physical structure of the property, but the tenants. Currently, that right retail tenant can command a little more to get them in the property in terms of things like tenant improvements, so lenders are focusing on funded reserves and how much it will cost to maintain tenancy.

“It’s definitely the haves and have-nots, not only the sponsor, but the location, tenancy and do you have the right square footage for that market?” Steeb says. “If you’re the number three power center in a one-power center market or the number three mall in a one-mall market, I don’t know how you get that financing. I’m not going to say you can’t, because there are signature guarantees and relationships and people can find ways to get things done, but that’s the hardest thing to do.”

In addition, while financing options remain available, borrowers must be realistic in terms of what financing terms align with the center’s metrics and at what price, she notes

A lot of ‘noise’ in sector

Even against all of the headwinds facing retail, the right deals are getting financing, says Chad Owens, vice president of NorthMarq Capital's Houston-based regional office.

Most recently, Owens points to the fact December retail sales dropped 1.2 percent—the biggest decline in nine years—while the street’s projections were they should have risen 0.2 percent.

“A lot of that ‘noise’ hasn’t been ignored by lenders, but it’s nothing new,” Owens says. “We’re dealing with the headwinds of the Amazon effect, coupled with a lot of bankruptcies within the retail space, so you have all of this noise to deal with.”

“In fact, we’re starting to hear some lenders saying, ‘Everybody’s running away from retail, so we want to run toward it, because we think there’s an opportunity there,’” he notes.

That opportunity could be “our borrowers buying at better cap rates and the price per pound is going down, so we like our risks from a lending standpoint. Or we’re switching focus from big-box retail to more internet-resistant service-oriented retail.”

The bottom line is that retail with the right story can get lending, Owens says.

“If a client calls me and says I have a stabilized retail center, I ask a couple of pre-flight questions,” he notes. “What are your leverage expectations? If you want to press leverage above 70 percent in the retail sector today, the most competitive quotes are going to be from the CMBS lenders. You can still get full-leverage CMBS loans done today on retail.”

Of course, you have to look at the tenant roll-over concentration and appropriately structure for rollovers, and also sales help, Owens adds. “If you can show that you’ve got stable to positive sales trends, that really helps a lender get comfortable, as well as tenant tenure,” he adds.

“To use the capital markets for financing or refinancing debt on shopping malls, strip malls or anything else, you really have to have an underleveraged property with great financials and really solid tenants with long-term leases,” says Manus Clancy, senior managing director of applied data, research and pricing with Trepp.

Class-A malls—like those owned by Simon or Brookfield/GGP—can still get financed through the capital markets because they’re destination malls, Clancy notes. They don’t carry terribly high leverage and have a strong tenant bases.

“The big guys can still tap the capital markets for A-quality properties,” he says. “I’m not sure if anybody is giving them a 75 percent LTV though yet, like on strong office or industrial. It’s probably more in the 55, 60, 65 percent-range even for class-A.”

When it comes to older class-B and -C malls in secondary and tertiary locations, “you have to have a great story to get refinancing in the CMBS/capital markets. It’s those B and C-class malls built in the 1960s that have a Sears, J.C. Penney, Macy’s and 85 percent occupancy in their in-line space that are really going to struggle,” he says.

“You’re seeing sizable defaults on those loans, and the loans that have been resolved, they’re resolved with really big percentage losses—60, 70, 80 percent losses on their debt,” Clancy adds. “So, it’s a challenge.”

“You look up and down the stack in terms of size and footprint and so forth, there are problems everywhere,” he says. “At the highest end, you have problems with Sears, obviously. Everybody’s always waiting for the next shoe to drop on Macy’s and Sears. It’s already dropped on Bon-Ton.”

The “middle high-end” has been “decimated,” Clancy adds. Examples include Toys “R” Us, Sports Authority and Gordmans. Retailers that seem to be “muddling through quite well” include Kohl’s, Target, Dick’s and Burlington.

“It’s been a death by a thousand cuts to these B and C mall guys, where every month there’s another firm going out of business or announcing they’re closing a third of their stores,” Clancy says.

He says even the “old, reliable grocery stores” are coming under some pressure.

The market is about “halfway through the bloodletting, meaning that we’ve seen a lot of bad stories… but there will probably be more,” Clancy notes

However, a lot of the “more to come” has already been priced in, he points out. “People think that guy over there looks like he might not make it another 10 years, and they take that into consideration when looking at financing a property.”

Pricing is aggressive for the right deals

“I’m personally not seeing a reduction in liquidity in the debt market for retail assets vs. previous years,” says Steve Kundert, a CBRE vice president of debt and structured finance.

“Capital is still plentiful and pricing still aggressive for the right deals,” he says. Generic spreads for retail vs. other property types haven’t materially widened over the past six, 12 or even 36 months.

“What I am seeing, however, is a fundamental shift as to what is today defined as the ‘right deal,’ as the fairway has considerably narrowed,” Kundert notes. “From a life company perspective, grocery-anchored is as close to a requirement as ever, and even within that subset of the segment, metrics are under close scrutiny.”

“That being said, I’m still getting retail deals done with LTVs upwards of 75 percent in some instances, and the number of retail deals we’re seeing seems to be increasing as investors do start to see relative yield opportunity in the sector,” he adds.